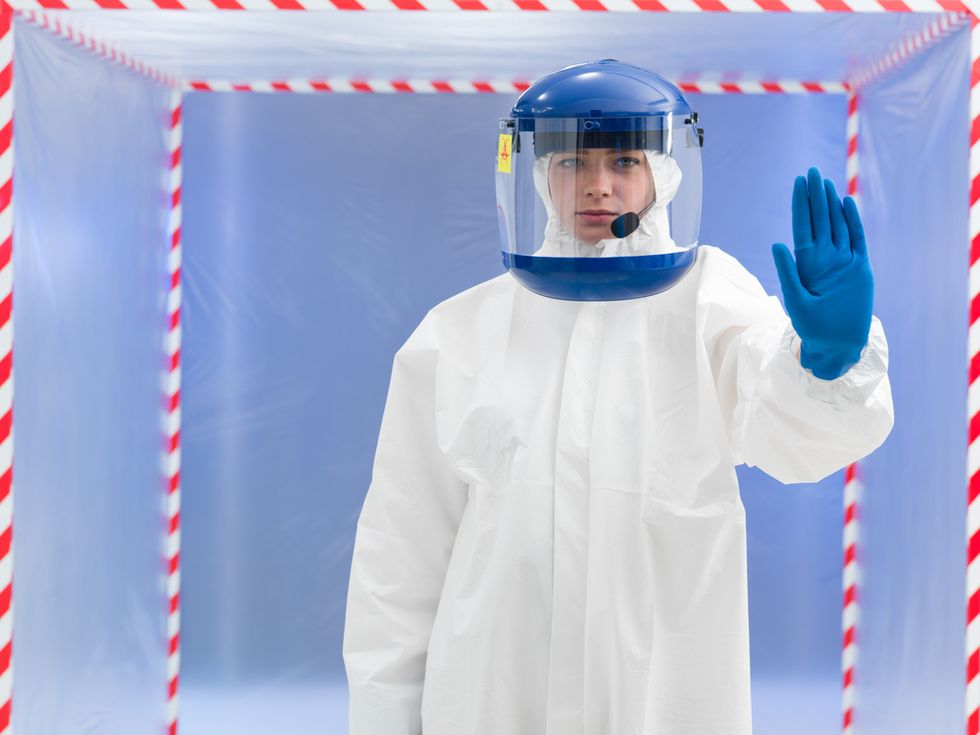 The World Health Organization issued another warning on Friday about the dangers posed by antibiotic resistant bacteria. U.K. newspaper The Daily Telegraph said that without new drugs to fight them, common infections will surge as a leading cause of death in a health crisis that will eclipse the AIDS epidemic.

In the organization's first global overview report on antibiotic resistance, Dr. Keiji Fukuda, WHO’s Assistant Director General for Health Security, wrote, "Without urgent, coordinated action by many stakeholders, the world is headed for a post-antibiotic era, in which common infections and minor injuries which have been treatable for decades can once again kill."

The "achievements of modern science" are at stake, Fukuda said, as everything from current treatments for urinary tract infections to pneumonia in infants to kidney dialysis become obsolete.

"This is not an abstract problem," he wrote. "We have a big problem now and it is going to get bigger."

Dr Danilo Lo Fo Wong, Senior Adviser Antimicrobial Resistance at WHO Europe, said to the Telegraph, "A child falling off their bike and developing a fatal infection would be a freak occurrence in the U.K. but that is where we are heading. Antibiotic resistance travels with infectious diseases and infectious diseases travel around the world. Whatever good is being done in the UK and elsewhere it can be made redundant by a lack of action elsewhere in the world."

Science magazine reported, "WHO asked its 194 member states to contribute information on how common resistances to these drugs are and how they survey them; 129 countries provided information, but only 114 of those could provide data for at least one of the nine combinations of pathogen and drug."

More than half of the nations surveyed showed that the majority of tested strains of Klebsiella pneumoniae -- a common environmental pathogen that wreaks havoc if it reaches the lungs -- have evolved resistance. The bacteria are a leading cause of hospital infections and can also infect the urinary tract and bloodstream. Currently the resistant strains only respond to one class of drug called carbapenems. When strains of Klebsiella become resistant to those drugs, there will be no other treatment options.

Drug-resistant strains of gonorrhea have been reported in Austria, Australia, Canada, France, Japan, Norway, South Africa, Slovenia, Sweden and the U.K., while some countries may not even realize yet that they have a problem.

"I think it's scary how bad the antibiotic surveillance is, given the seriousness of the problem," said Andrew Read to Science. Read directs the Center for Infectious Disease Dynamics at Pennsylvania State University, University Park.

Jennifer Cohn, medical director of the Access Campaign at Doctors Without Borders, said in a written statement, "We see horrendous rates of antibiotic resistance wherever we look in our field operations, including children admitted to nutritional centers in Niger, and people in our surgical and trauma units in Jordan. Ultimately, WHO’s report should be a wake-up call to governments to introduce incentives for industry to develop new, affordable antibiotics that do not rely on patents and high prices and are adapted to the needs of developing countries."

[image of doctor in biohazard suit via Shutterstock.com]