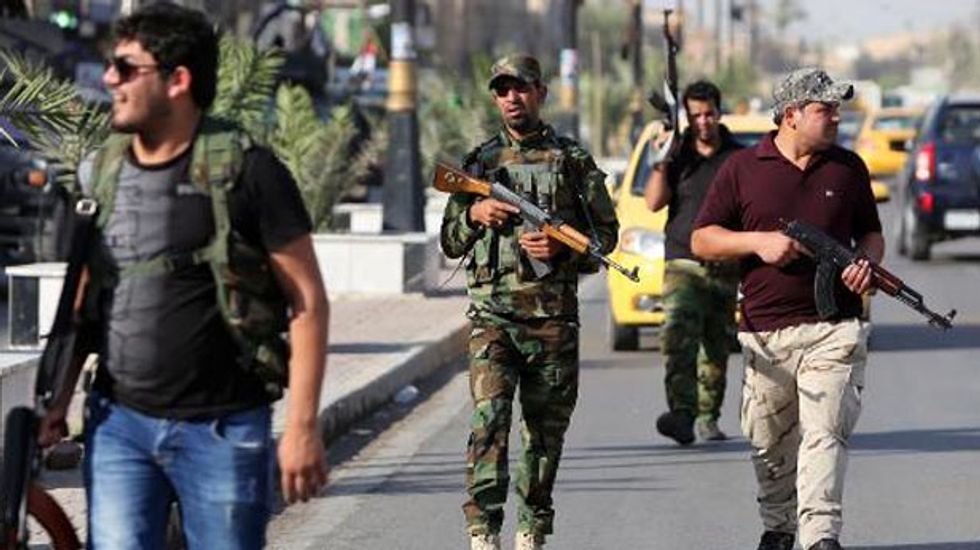 Some 5,000 Iranians have pledged online to defend Iraq's Shiite Muslim holy sites against Sunni extremists who are waging war against the Baghdad government, a report said on Tuesday.

The pledges were made on the harimshia.org website, which was launched by a group naming itself the Popular Headquarters for the Defence of Shiite Shrines, the conservative website Tabnak reported.

"Those who sign up are organised into units... and if the order is given by the supreme leader (Ayatollah Ali Khamenei) they will go to Iraq to defend the sites," the harimshia.org page said.

Volunteers can sign up on the harimshia.org site or by SMS message.

The Iranian pledges follow a call by top Shiite cleric Grand Ayatollah Ali al-Sistani for Iraqis to volunteer to resist the onslaught spearheaded by the jihadist Islamic State of Iraq and the Levant (ISIL).

Iran is mostly Shiite and it supports the government of Iraqi Prime Minister Nuri al-Maliki, a Shiite who spent years in exile in Iran when now executed Sunni Arab dictator Saddam Hussein was in power in Baghdad.

President Hassan Rouhani said on Saturday that Iran was ready to assist Iraq if Maliki's government asked, but no such request has so far been made public.

The major Shiite shrines in Iraq are in Najaf and Karbala, south of the capital, in Baghdad itself and in Samarra to its north, which the militants have made repeated, but so far unsuccessful, efforts to enter.

ISIL considers Shiites to be apostates.

Iraqi officials said Tuesday that ISIL fighters briefly held areas of Baquba, a short drive from Baghdad, and took control of most of Tal Afar, a Shiite-majority town in the north.