'A victim in my own home': CA couple tries to evict live-in nanny who won't leave 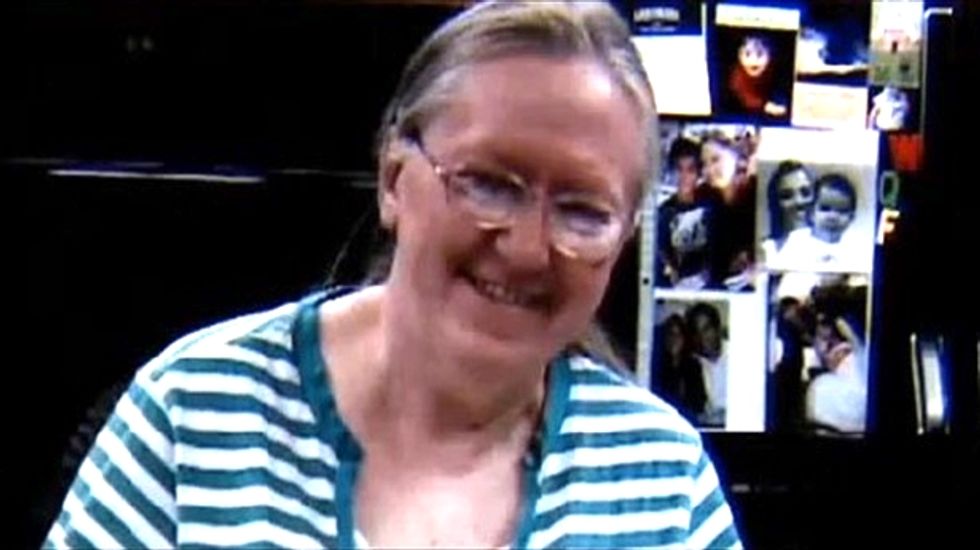 An Upland, California couple has gotten embroiled in a civil dispute with a live-in nanny who has a history of abusing the legal system, KCBS-TV reported on Wednesday.

'This lady is welcome inside my house, anytime she wants, to eat my food anytime she wants and harass me basically," Marcella Bracamonte said of the nanny, 64-year-old Diane Stretton. "I'm now a victim in my home and it's completely legal."

Bracamonte and her husband, Ralph, hired Stretton in March to help her care for their three children. According to Bracamonte, their original agreement called for Stretton to provide her services in exchange for room and board.

But after the first few weeks, Stretton allegedly retreated to her room, saying she suffered from chronic obstructive pulmonary disease, and refused to perform her duties while remaining in the home.

On June 6, Marcella Bracamonte said, she and her husband approached Stretton with a "last chance letter" setting up terms for possible termination if she kept refusing to do her job. Stretton refused to sign both that letter, saying she would leave within 30 days. But then she refused to sign a second letter asking her to put the 30-day notice in writing.

"When I asked her why she wouldn't sign the letter she said 'It's not legal,' and slammed the door in my face," Bracamonte told ABC News. "Once she said the word legal, I knew it wasn't going to be fun."

Police refused to get involved, saying that because Stretton had established residency in the couple's home, that the dispute was a civil matter requiring formal eviction proceedings. The couple's first attempt to file an eviction notice against Stretton was deemed invalid by a judge.

ABC News reported that Stretton has been named to the state's list of "vexacious litigants" after involving herself in at least 36 lawsuits. California defines this kind of litigant as someone who "repeatedly files unmeritorious motions, pleadings, or other papers, conducts unnecessary discovery, or engages in other tactics that are frivolous or solely intended to cause unnecessary delay."

Wednesday night, the couple served Stretton a properly-prepared eviction notice. KCBS showed footage of Stretton taking the document and walking away without signing it, while refusing to say why she would not leave the residence. She has until Saturday evening to respond.

"This person is in our house, and I have to go to work," Ralph Bracamonte told KCBS. "My kids are still here, my wife is still here. She towers over my wife, my kids. And I know there is nothing I can do about it."

Watch KCBS' report on Stretton's standoff with the Bracamontes, as aired on Wednesday, below.