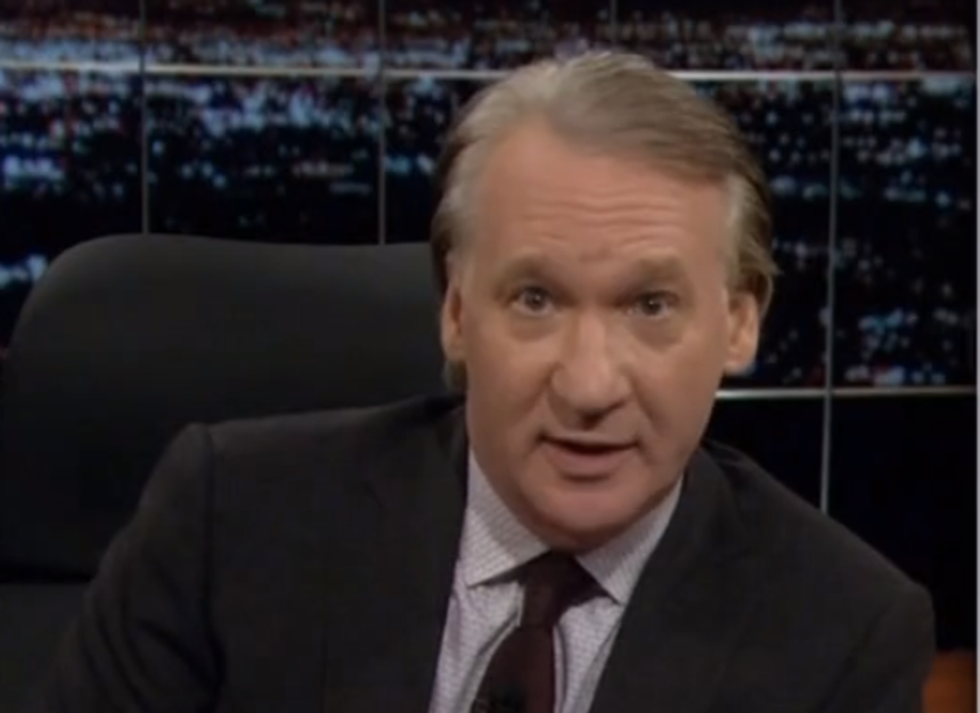 On Friday night’s episode of “Real Time,” Bill Maher offered some advice to viewers and to the state of Colorado about how to use marijuana safely and effectively, which we need to do, he said, because "after all, we're pretending it's medicine, aren't we?"

"Now that the people of Colorado have legalized pot for everybody," said Maher, "and not just long time sufferers of...well, whatever it is that I have, they must realize that they are the Jackie Robinson of marijuana legislation."

"You guys have to get this right," he said to the people of Colorado, "or else you'll ruin it for everybody, so embrace it. Be the Jackie Robinson of pot."

Robinson was the first black player in U.S. Major League Baseball and a pioneer in the civil rights movement.

"I bring this up," he said, because of the Maureen Dowd's recent New York Times column in which she ate too much marijuana-laced candy and, in Maher's words, "had a bad pot trip in a Colorado hotel room."

"I'm hurt," he said, that Dowd didn't ask him to be the sherpa on her first pot expedition.

"It's like being personal friends with Hercules and not asking him to help you move," he quipped. "I have spilled more pot than most of you have smoked!"

He offered some words of advice to Colorado and the rest of the pot-smoking world.

More importantly, he said, "if you've never had pot before, don't eat it the first time." The high from edibles is much more intense than from smoking or vaporizing marijuana. Eating it on the first try "would be like losing your virginity to Ron Jeremy."

Maher doesn't eat pot at all, he said, because it makes him "paranoid and delusional." And nothing ruins a party more than that.

"Just ask the Republicans," he said.

Finally, he made a plea to marijuana vendors to stop making marijuana edibles that look like children's candy.

"That's not what stoners would do," he said. "That's what RJ Reynolds would do."

"But most of all, remember," he said, "you don't need drugs to have a good time, but why take chances?"