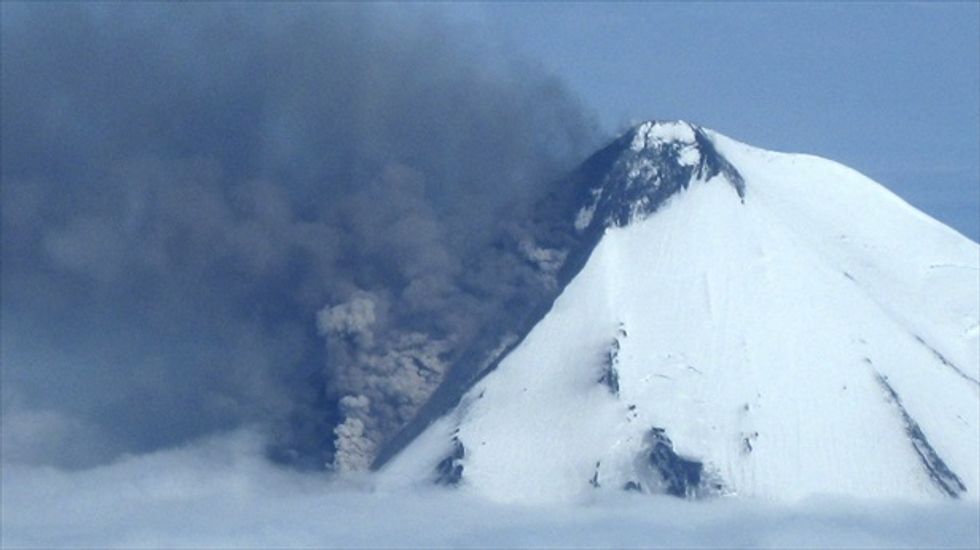 JUNEAU Alaska (Reuters) - An Alaska volcano that has been spewing ash and lava for years began erupting with new intensity this week, pushing a plume of smoke and ash as high as 24,000 feet (7,315 meters) and prompting scientists to issue their highest volcanic alert in five years, authorities said on Tuesday.

But the intense action at the Pavlof Volcano, located in an uninhabited region nearly 600 miles (966 km) southwest of Anchorage, has so far not disrupted any regional air traffic, thanks to favorable weather that has made it easier for flights to navigate around the affected area.

Still, the eruption was intense enough for Alaska Volcano Observatory scientists to issue their first red alert warning since 2009, when the state's Mount Redoubt had a series of eruptions that spewed ash 50,000 feet (15,240 meters).

"This means it can erupt for weeks or even months," observatory research geologist Michelle Coombs said of the warning. "I don't think we will be at red for that long, but we are expecting it to go for a while based on its past."

Coombs said affected areas are uninhabited except for some hunting destinations.

Geologists first issued the alert late on Monday. Since then plumes reached as high as 24,000 feet (7,315 meters) on Tuesday morning.

Plumes are created when lava bursts from the crater of the 8,261-foot (2,517-meter) volcano, then falls back on glacier ice, Coombs said.

"Right now, with the weather clear, it's just putting on a good show," Coombs said. "We're getting a lot of pilot reports and a lot of good photos, so we're able to keep a good eye on it."

Pavlof lies below a route frequently used by jetliners flying between North America and Asia, but those planes generally fly at elevations of 30,000 feet (9,144 meters) and likely would be unaffected by ash at lower elevations, observatory scientists have said.