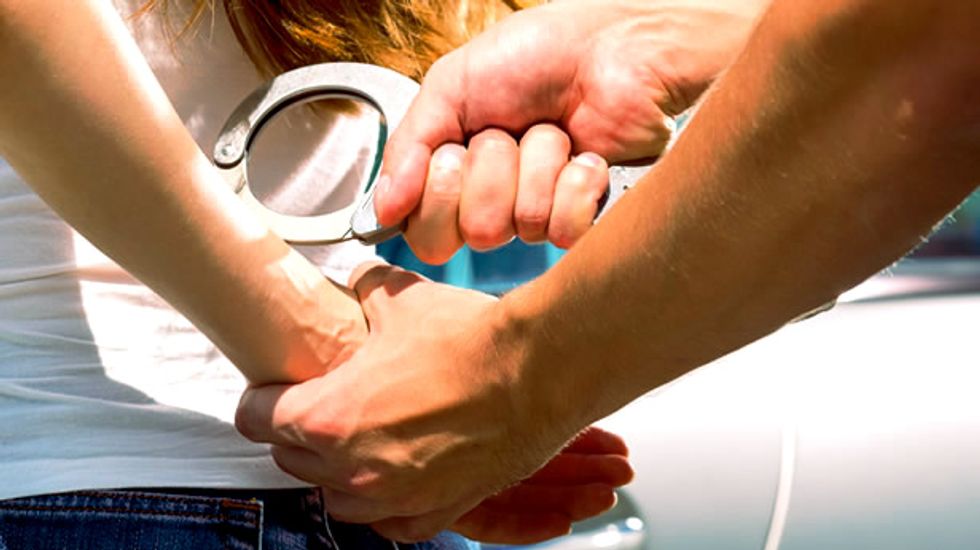 Police in New Mexico arrested more than a dozen protesters, including a University of New Mexico professor, who stormed and briefly occupied the Albuquerque mayor's office on Monday in a demonstration against what they called police brutality.

Holding a ribbon of yellow police tape and placards including "APD is guilty" -- referring to the Albuquerque Police Department -- the demonstrators chanted slogans in Mayor Richard Berry's office suite until officers arrived.

A police statement said David Correia, an assistant professor in the department of American Studies at the University of New Mexico, was "the apparent leader of the group."

He was arrested and charged with felony battery on a police officer "because he pushed a member of the mayor’s security detail during the incident," the statement said.

The statement said that "more than a dozen" people were arrested, and 13 were charged with criminal trespass, unlawful assembly and interfering with a public official or staff.

In a list of demands circulated on social media, the protesters called for the removal of police chief Gorden Eden and others, and said that under Berry's administration New Mexico's largest city had become a "national disgrace."

In April, the U.S. Justice Department cited the Albuquerque Police Department for engaging in what federal civil rights investigators said was a pattern of excessive force, some of it deadly, in violation of the U.S. Constitution.

That 18-month inquiry by the Justice Department followed public complaints over a string of police-involved shootings in recent years, many fatal, and what critics have called heavy-handed use of stun guns by Albuquerque officers.

[Image: Police Officer Arresting A Woman With Handcuffs via Shutterstock]