American veterans anguished as militants advance in Iraq: 'Are you f*cking kidding me?' 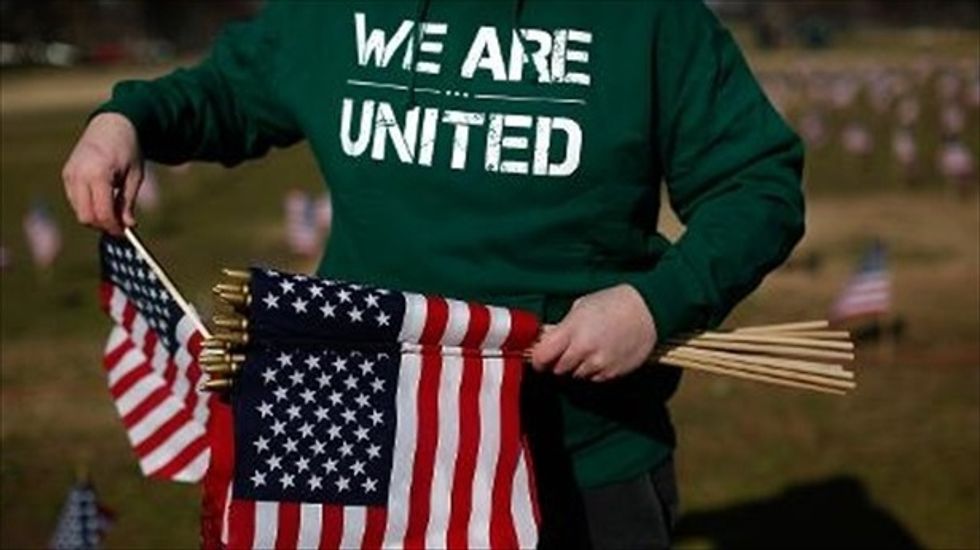 American veterans have watched the lightning advance of Sunni extremists in Iraq with anguish, prompting them to wonder if their sacrifices in combat were for nothing as the country plunges into sectarian bloodshed.

Until recently, US military officers have pointed to the outcome of a troop "surge" in Iraq in 2007 as a relative success, believing American forces had bolstered security in the country and weakened militants linked to Al-Qaeda.

But events of recent days have filled veterans like John Nagl, a retired army officer who served in Anbar province in 2003, with "anger, bitterness, sadness, unhappiness."

Nagl blames the result on President Barack Obama's administration for failing to push to keep US troops in Iraq after 2011, and the Shiite-led Iraqi government for alienating Sunni citizens.

"This was entirely predictable," Nagl said.

"A bunch of my friends and Iraqis died to give Iraq a chance to be free and stable and multiethnic," he told AFP.

"And both the Iraqi government and the American government made gross errors, preventable errors that laid waste to all of those sacrifices."

The US war in Iraq claimed the lives of 4,478 Americans, and 32,242 troops were wounded in the conflict.

Nagl, who served in the US Army's 1st Infantry Division, has been thinking of the 23 soldiers in his battalion who were killed in combat, and others who came home seriously wounded.

Among them is a friend who lost an eye and the use of one leg and arm in the second battle of Fallujah.

"Every day, he lives with the reminder of what it cost to retake Fallujah from the insurgents we ceded it to in 2004," he said.

"And now the insurgents have it back, are you fucking kidding me?"

Veterans tend to take pride in their service but disagree about whether staying in Iraq would have made a difference, and a growing number question the decision to invade in the first place.

An April survey of veterans showed 50 percent say the Iraq war was not worth fighting and 44 percent say the average Iraqi does not appreciate their service in the country.

But 87 percent said deploying to Iraq made them feel "proud," according to The Washington Post-Kaiser poll.

Senior military leaders have tried to reassure troops and veterans that their efforts were not in vain, despite the grim news coming out of Iraq.

"Like many of you, I was disappointed at how quickly the situation in Iraq deteriorated as well as the rapid collapse of many Iraqi units," General Martin Dempsey, the military's top-ranking officer, wrote on his Facebook page.

But the general said he was "proud of what we, along with our Iraqi and coalition partners accomplished."

"We provided the Iraqi people a historic opportunity for a better future. Nothing will diminish that accomplishment," he said.

Paul Hughes, a former army colonel who served in Iraq, said it was wrenching to follow events in Iraq.

"It's heartbreaking," said Hughes, now a senior adviser at the US Institute for Peace.

"No soldier wants to look back at their service and the sacrifices made and find that it was all for naught."

But he doubted events would have turned out much differently if Washington had left a small force in place instead of withdrawing three years ago.

The Shiite-led government in Baghdad bears the ultimate responsibility for what has taken place, he said, as it had alienated the Sunni population and paved the way for the Islamist militant offensive.

And Hughes was skeptical of any US military intervention now, saying it would amount to taking sides in a sectarian conflict.

"It's not clear what the political objective would be for any military action there," he said.

Major Andrew Rohrer wrote on his Facebook page that the sectarian tensions were "an Iraqi problem that we never could have fixed in a hundred years."

While American veterans argue about where to pin the blame for what has gone wrong in Iraq, and how Washington should respond, they all view recent events with a degree of despair.

Nagl, author of a book on counterinsurgency warfare, said the prospect of extremist sanctuaries in Iraq that could serve as launching pads for terror attacks on the West called into question 13 years of war that had been aimed at preventing just such an outcome.

"This is really bad," said Nagl, headmaster at The Haverford School for boys in Pennsylvania.

And as depressing and surreal as the news might be out of Iraq, Nagl said: "I can't stop watching."