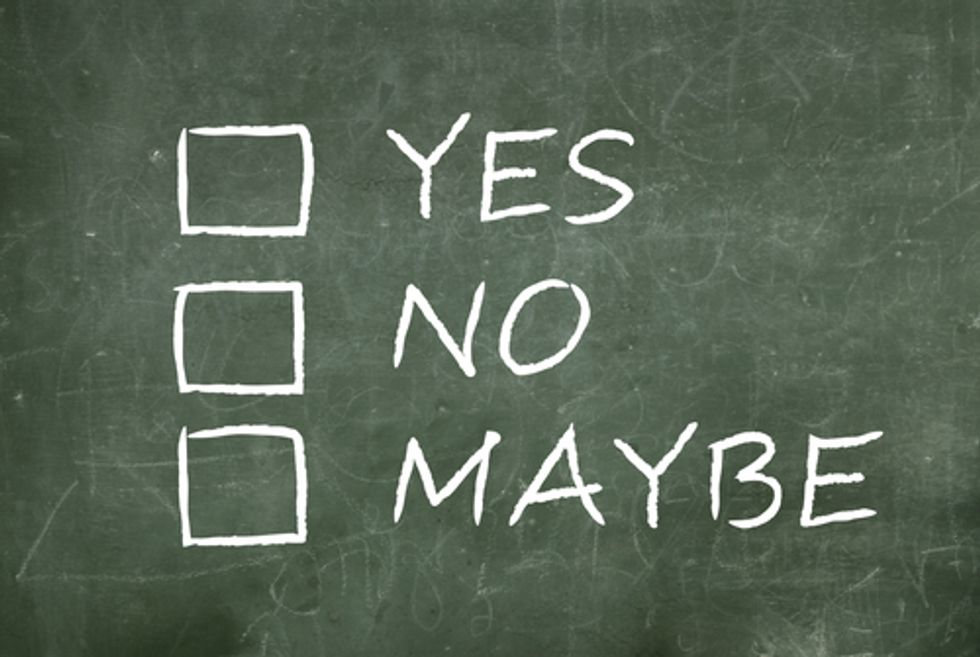 Rape apologists are all up in arms over new efforts to clarify the definition of "consent" in California to make it harder for rapists to operate without any pushback. Cathy Young, professional female misogynist and sister-punisher, is all pissed off because state Senator Kevin De Leon is pushing a bill that would require universities to adopt an "affirmative consent" standard, requiring people to only have sex with people they know want to sex them back. Young whines that this standard of "everyone is into any sex that happens" is "creeping Big-Sisterism that seeks to legislate 'correct' sex", apparently preferring a broader definition of "correct" sex where putting your dick where it's not wanted is A-OK. I'd love to see her broaden the generosity she takes with female bodies to other social interactions. If I, say, go to Cathy Young's house and walk in without knocking and sit on her couch and fart mightily into it while asking her if she could grab me a beer, she can't, you know, throw a fit, right?  I mean, she didn't say no---in part because she had no idea I was coming, but you know, details---and we don't want to be Big Sister who is all bossing me around about the "correct" way to socialize.

Here is a quote from the bill that has all the rape apologists in a fit:

"Affirmative consent" is an affirmative, unambiguous, and conscious decision by each participant to engage in mutually agreed-upon sexual activity. Consent is informed, freely given, and voluntary. It is the responsibility of the person initiating the sexual activity to ensure that he or she has the consent of the other person to engage in the sexual activity. Lack of protest or resistance does not mean consent, nor does silence mean consent. Consent must be ongoing throughout a sexual encounter and can be revoked at any time. The existence of a dating relationship between the persons involved, or the fact of past sexual relations between them, should never by itself be assumed to be an indicator of consent.

In other words, you can't just go fucking people who don't want to be fucked. Shocking, I know. What is this world coming to? Next thing you know, people are going to stop letting me sit in their laps unasked in the subway. Parents will be allowed to file charges if I come take their child to the park without asking first. And I will have to knock first before coming into Cathy Young's house for a thorough couch-farting.

David Bernstein is also upset, assuming incorrectly that everyone else is as unable to get kissed as he is if they only kiss the willing.

But at least the affirmative consent standard leaves room for a defense that the complainant provided appropriate non-verbal cues that signified consent. By contrast, the Office on Violence against Women, a U.S. Justice Department subsidiary, informs us on its home page that “sexual assault is any type of sexual contact or behavior that occurs without the *explicit consent* of the recipient.” This is not, in fact, the legal standard in any jurisdiction in the United States, and it’s not because it’s completely absurd. The vast, vast majority of “sexual contact or behavior” is initiated with only *implicit consent.* [UPDATE: There is one type of sexual relationship that, as I understand it, involves primarily explicit consent--the relationship between a prostitute and her (or his) clients, with exact sexual services to be provided determined by explicit agreement in advance.] The DOJ website definition makes almost every adult in the U.S. (men AND women)–and that likely includes you, dear reader–a perpetrator of sexual assault. Just leaning over to give your date (or your spouse) a kiss without asking first and receiving a yes comes within stated definition of sexual assault, regardless of how many times you’ve done it before without objection.

Here's the thing: There's no reason to believe that consent cannot be given with body language or with verbal language that is more context-driven than legalistic. If the DOJ meant "verbal", they would have said "verbal". "Explicit" means what it means, which is that it's clear and unambiguous. (Amanda Hess has more here about this.) Anyone who finds it too hard to bother knowing if the person they're touching is into it before touching them needs to retire from touching people until their social skills sharpen. Maybe get some therapy until you can learn basic communication skills?

Of course, in reality, rapists and harassers do, in fact, know that their targets are unwilling. That's what gets them off. They just feign ignorance after the fact because they know that rape apologists will make excuses for them.

That's all I ask: That the standard  being used to say "no" and the one being used to say "yes" are exactly the same. If "no" has to be verbal and explicit, then so should "yes". But---and this is what I believe---if women can say "yes" by using body language and verbal discourse that is contextual but understandable, such as saying, "Oh god, I want you right now," then women should also be able to say no by those standards, and stiffening up or making excuses also counts as a no. If you run around saying that women can't expect men to hear "no" if they don't say it bluntly, then you don't get to turn around and say men can hear "yes" if it's expressed subtly.

One or the other. Your choice, anti-feminists. I'm happy to take "women can say yes with their body language" if you also agree that women can say no with their body language. Otherwise you're arguing that women just exist in a state of consent all the time, a standard that Cathy Young and company certainly wouldn't agree to if it came to me barging into their houses and farting into their couches.