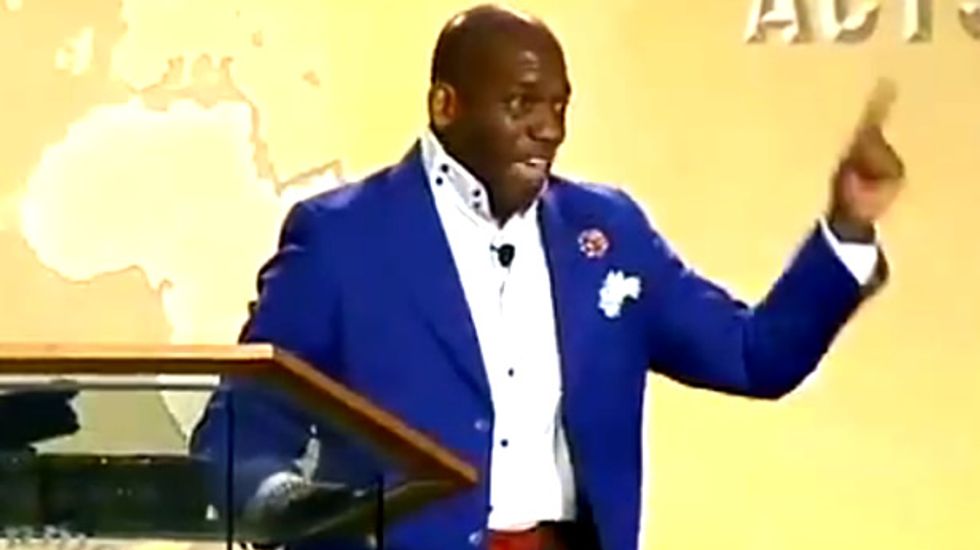 Pastor Jamal Bryant of the Empowerment Temple in Baltimore is under fire for delivering a sermon in which he preached "these hoes ain't loyal."

The controversial preacher, whose infidelity and subsequent divorce nearly shattered his ministry last year, began his sermon by discussing the difference between men and women.

He insisted that the Bible doesn't say that women do not think, "but that they are more emotional than men are." He then claimed that the Neo-Pentecostal churches have made it so that "everybody wants to shout and sashay, because we've made the church comfortable for men not to be men, but to be sanctified sissies."

He then argued that the Devil is transforming black children into homosexuals at increasingly younger ages. "We have a greater number of young black lesbians," he said, "than we do of young black male homosexuals, and they're becoming younger and younger -- in the eighth grade, in the sixth grade."

After a brief discussion about Pontius Pilate, Pastor Bryant turned to the subject of black male infidelity -- specifically, how black men are turning their backs on the black women that God sent them in favor of less reputable, less godly women.

The "hoes" in question were the women the unfaithful black men cheated on their wives with, and the crowd responded positively to the quotation from the Chris Brown song of the same name.

Pastor Bryant responded to criticism on Twitter this morning, claiming that his remarks were taken out of context:

Don't critique a quote when you never heard message! http://t.co/qGlrIuPrAX 20 seconds of a 30 minute message is incomplete assessment

Watch the pastor's entire speech below.