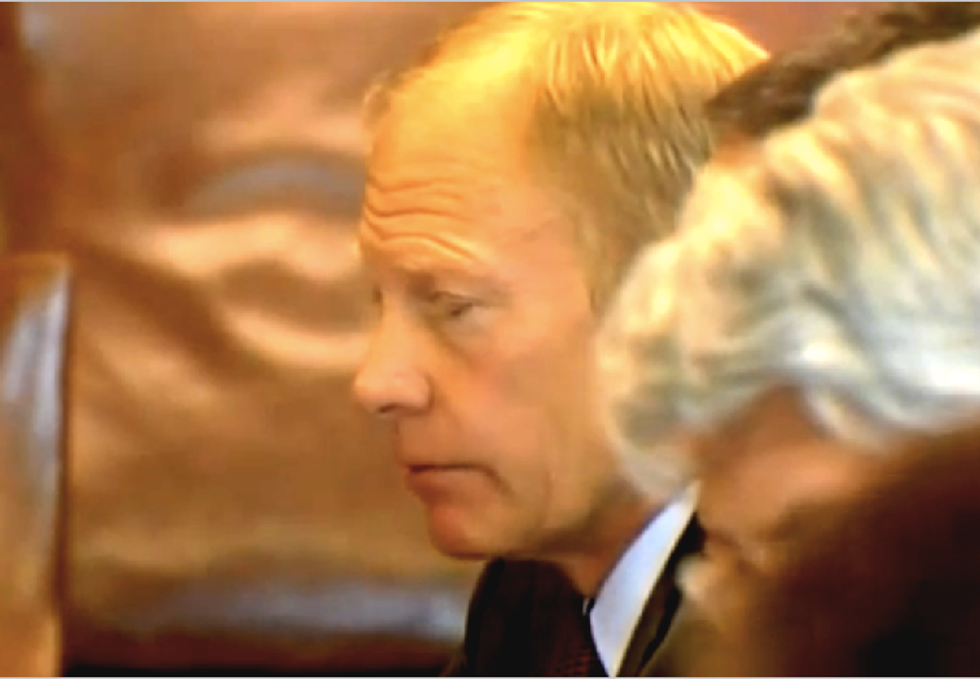 The billionaire heir to the SC Johnson company's fortune -- who confessed to repeatedly sexually assaulting his teenage stepdaughter -- received a four-month jail sentence on Friday from a Racine, WI judge who cited the Johnson family's importance in the community.

Milwaukee's Channel 4 News reported that Circuit Judge Eugene Gasiorkiewicz told 59-year-old defendant Samuel Curtis Johnson III that "you could not grow up in this community and not know some of the people involved in this case."

According to the Milwaukee Journal-Sentinel, Johnson plead guilty to misdemeanor charges of fourth-degree sexual assault and disorderly conduct rather than the felony sexual assault on a minor child charges he originally faced in 2011.

Think Progress said that Johnson's stepdaughter "initially told police Johnson was 'a sex addict' and touched her inappropriately 15 to 20 times starting when she was 12 years old. She told her mother about the abuse in order to protect her younger sister, and Johnson confessed when the mother confronted him."

Johnson and his legal team have fought the felony charges for nearly three years in a case that has gone to the state Supreme Court twice. Because Johnson's victim and her mother were unwilling to testify in the case, the prosecutors ultimately had to fall back on a plea deal with Johnson.

Assistant District Attorney Robert Repischak asked the judge to apply the maximum sentence for the drastically reduced charges. Johnson's attorney, Michael F. Hart argued that maximum prison terms should be reserved for "maximum defendants," people unlike his client, who has no prior record and who leads a "productive life."

Gasiorkiewicz said he found the state's request "troubling" in that he has never seen a first-time offender receive the maximum sentence for his crimes. He sentenced Johnson to four months in jail and a fine of $6,000.

Felony charges would have resulted in a prison sentence of up to 40 years. The judge ruled that he must serve at least 60 days of the sentence before he will be eligible for release.