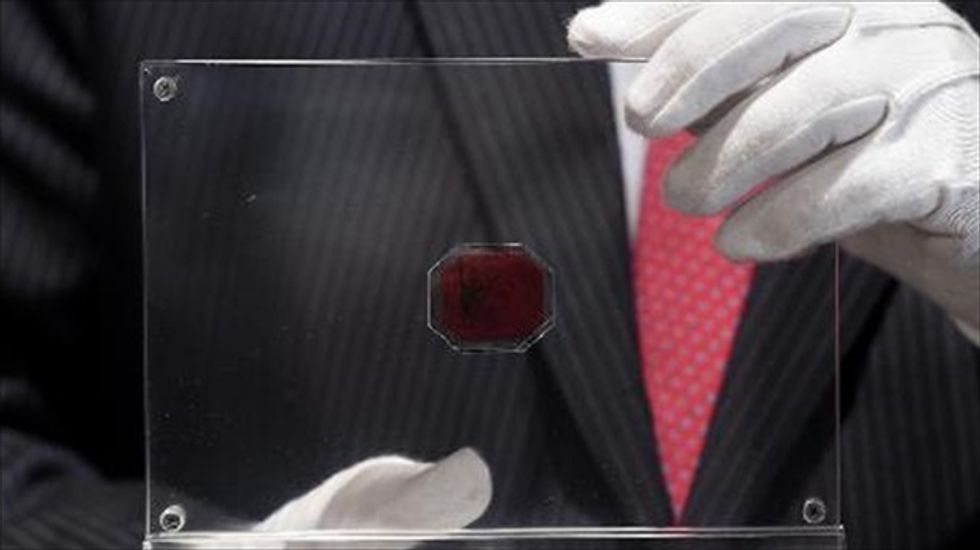 Stamp sells for record $9.5 million in New York (via AFP)