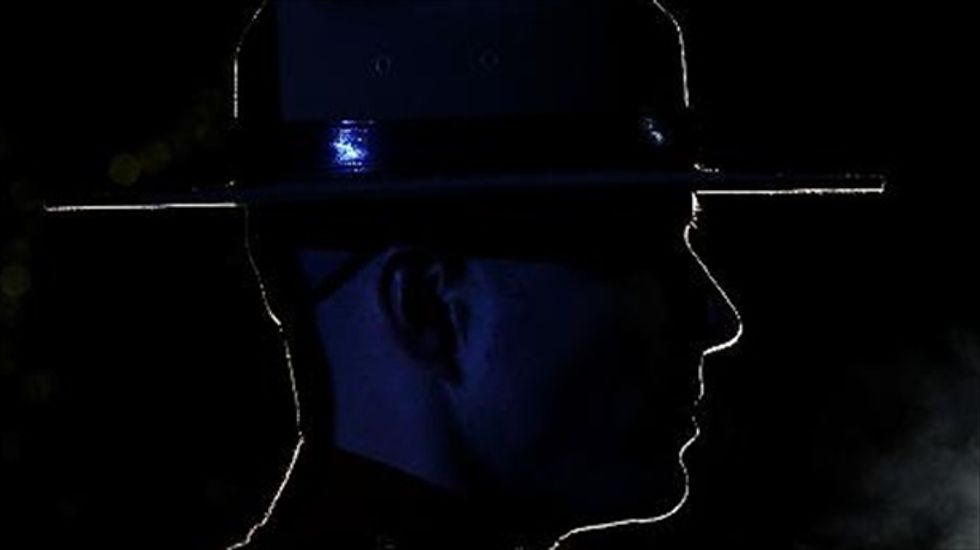 A city in Canada's easternmost New Brunswick province remained on lockdown Thursday as police hunted for a man believed to have shot dead three officers and wounded two others in a brazen attack.

Residents of Moncton, a city of 70,000 people, were told to remain in their homes behind locked doors as police searched for the alleged shooter, 24-year-old Justin Bourque, who was described as armed and dangerous.

A spokeswoman for the Royal Canadian Mounted Police told a press conference that 24 hours after the killings, the suspect was still at large.

The suspect used those rifles when he confronted police on a street in Moncton on Wednesday evening, killing three officers and wounding two.

Witnesses also described him as armed with knives and a crossbow.

The shooting sent shockwaves rippling across Canada, which prides itself on being largely free of the gun violence that regularly plagues cities in the neighboring United States.

"Stay home, stay safe. If you cannot get home, seek out a friend or family and remain there until you are advised otherwise," Moncton Mayor George LeBlanc said.

Police told residents to barricade their doors as they combed a wooded, northeast neighborhood of the city with dogs, armored vehicles and aircraft equipped with infrared cameras.

A tip that the suspect might be holed up in a building in another part of the city turned out to be wrong, the RCMP said, after officers surrounded the building and ordered its evacuation.

Schools as well as some businesses, shops and public services stayed shut as the manhunt dragged on. Streets were largely deserted, according to local television footage.

One of the wounded officers was released from hospital Thursday afternoon while the other remained under doctors' observation after undergoing surgery, but was in stable condition.

Initially, a third person was reported wounded but it later turned out that was in an unrelated incident.

On what appears to be his Facebook page, Bourque posted extracts from a song by American heavy metal band Megadeth just before the shooting.

He took letters from the refrain of the song and spelled out the letters of the word freedom and ultimately wrote, "this spells out FREEDOM, it means nothing to me."

He also wrote about his love of guns and loathing of law enforcement officials, who said he had no previous run-ins with the law.

Others have since posted on the page, condemning his actions and urging the suspect to surrender to police.

The exact circumstances of the shooting were not clear. Local media said the shooter opened fire in cold blood in a residential area of the city.

"This is a sad time for the people of Moncton, the people of New Brunswick and for Canada," said Prime Minister Stephen Harper, as condolences and messages of support to the RCMP poured in.

New Brunswick Lieutenant-Governor Graydon Nicholas, urged support and sympathy for the fallen officers and their families, "as we all try better to understand how this could happen here at home."

"These tragic events are a time for all of us to reflect on mental illness, and the warning signs of those in need," he added.

Watch a report aired on CNN on Thursday below.