CDC says more lab workers may have been exposed to anthrax 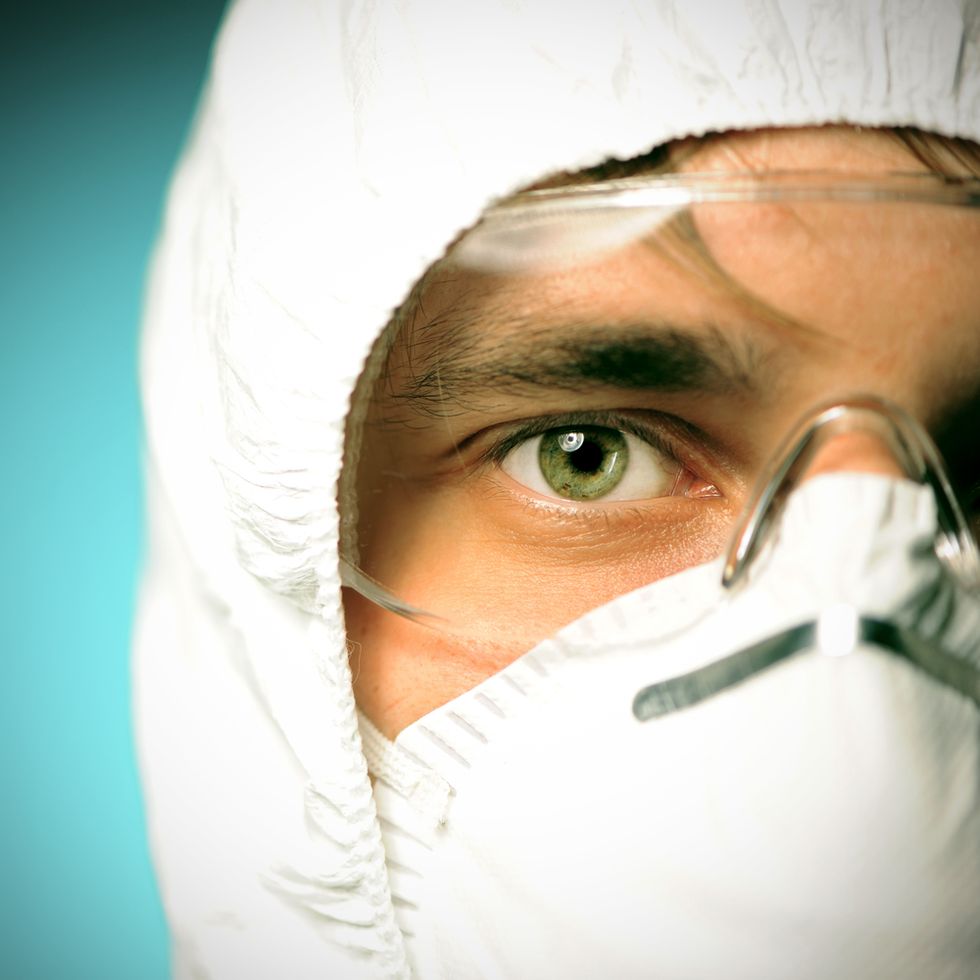 CHICAGO (Reuters) - U.S. authorities increased to 84 people their count of government workerspotentially exposed to live anthrax at three laboratories in Atlanta as they investigated a breach in safety procedures for handling the deadly pathogen.

The U.S. Centers for Disease Control and Prevention said the number of lab workers who mayhave been exposed rose from the 75 people first disclosed on Thursday. As of early Friday, 32 staff were taking the powerful antibiotic ciprofloxacin, or Cipro, and 20 were taking another antibiotic called doxycycline, CDC press officer Benjamin Haynes said in a statement.

In addition, as many as 27 people were getting the anthrax vaccine to prevent infection. No illnesses have been reported, but the agency expects more people to step forward now that news of the anthrax scare is public. The agency did not give reasons why other workers were not taking medication.

The safety breach, which originated in the CDC's bioterror lab, raised new concerns about the way laboratories around the world conduct research into the deadliest known pathogens, fromanthrax to Ebola and avian flu. CDC has already faced repeated scrutiny over security lapses and mechanical malfunctions at some of its labs dating back to at least 2007.

The agency discovered the lapse on June 13. It has since launched an internal investigation and is cooperating in a probe by the Federal Select Agent Program, which oversees the use and transfer of biological agents. It is also working with the FBI.

According to Meechan, researchers in the CDC's high-security Bioterror Rapid Response andAdvanced Technology laboratory realized they had sent live anthrax bacteria, instead of what they thought were harmless samples, to fellow scientists in two lower-security labs at the agency.

The initial safety lapse occurred as scientists in the bioterror lab were trying out a new protocol for inactivating anthrax, using chemicals instead of radiation.

Scientists in the Bioterror Rapid Response unit had been preparing an especially dangerous Ames strain of the bacteria for use at the two lower-security CDC labs, the Biotechnology Core Facility and the Special Bacteriology Reference Laboratory, Meechan said. The strain had beenused in a bioterror attack in the United States in 2001.

Those teams were experimenting with methods to more quickly identify anthrax in substances and powders sent to CDC from authorities across the country.

"If there was a bioterrorism incident, we could more quickly identify yes or no, this sample hasanthrax," Meechan said.

Meechan said the team in the bioterror lab used a new process to purify anthrax samples. To check their work, they took a sample of what they thought was dead bacteria and put it on a nutrient-rich lab dish called an agar plate to ensure that the bacteria wasn't still live.

"They waited 24 hours," Meechan said. "They took a look at the plate, and they didn't see any new growth. At that point, they assumed the material was safe."

Researchers took the samples to the two lower-security CDC labs, which were developing the new tests. Their experiments did not work, and a week later, one of the labs asked for additional inactivated samples.

That is when researchers in the bioterror lab discovered that they had left the agar plates containing the bacteria in an incubator for an additional week, Meechan said. As they were about to dispose of them, the researchers noticed growth on one of the plates, which turned out to be live anthrax.

At that time, the scientists realized the samples they sent to the two lower-security labs mighthave contained live anthrax bacteria. People working in those labs take fewer safety precautions and were unlikely to be wearing a respirator, putting them at higher risk for infection.

The team immediately pulled back the samples and contacted the staff members who had handled them.

CDC reached some of the lab workers that same night. Since then, they have been interviewing managers and using electronic surveillance and keycard data to identify anyone who mighthave been inside one of the two labs testing the samples.

Agency spokesman Tom Skinner said the internal probe is focusing on why safety protocolswere not followed to the letter. An FBI official said there was no evidence of criminal activity.

"Clearly something needs to be altered," Skinner said. "We are going find out what went wrong and we are going to fix it. If that requires discipline, that will happen in due time."

The Office of Inspector General in the U.S. Department of Health and Human Services said it is also evaluating the incident, but gave no further details.

In the meantime, CDC workers who may have been exposed are being evaluated for any health issues. One worker had cold-like symptoms, but no signs of respiratory illness that would suggest anthrax infection.

Ciprofloxacin is the drug of choice for warding off anthrax infections, but has a long list of side effects. The agency is also offering the milder doxycycline antibiotic. CDC employees are expected to take the drugs for at least two months.

Anthrax can enter the body through a cut in the skin, through ingesting anthrax-tainted material or breathing anthrax spores into the lungs.

Since most of the lab workers were likely wearing gloves and protective goggles but not masks, the biggest worry is respiratory anthrax. Skinner said the lab samples largely involved liveanthrax cultures, but some of the samples may have developed into spores, which can be inhaled.

Once inhaled, anthrax spores can germinate, a process that takes one to six days. The bacteria then release several deadly toxins that can cause internal bleeding, swelling and tissue death, making early treatment crucial. About 90 percent of people with second stage inhalation anthraxdie, even after antibiotic treatment.

[image of scientist in biohazard gear via Shutterstock.com]