Cenk Uygur: It was 'pathetically weak' for the Vegas shooters to use guns to fight the system 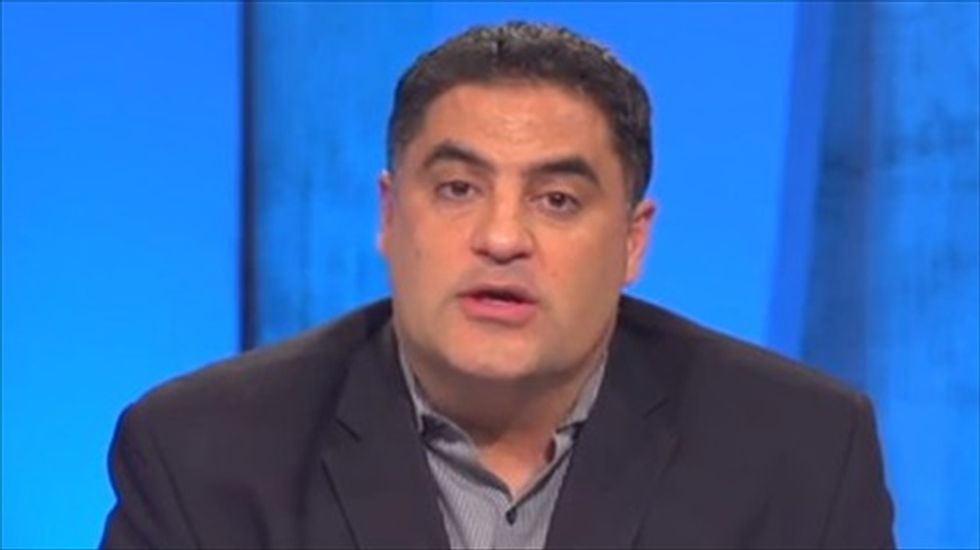 "The minute you have to resort to violence, let alone shooting people, you basically admit, 'I'm pathetically weak, I couldn't do anything about this using my brains 'cause I don't have any, I can't fight the system in any other way, I can't fight it legally, and I can't even fight these people hand-to-hand,'" Uygur said.

The Millers reportedly ambushed and killed two police officers at a Las Vegas restaurant, declaring it the start of a "revolution," before making their way to a local Walmart, where they killed another person. Once authorities arrived at the area, Amanda Miller reportedly shot her husband before killing herself.

Police later found documents related to a plan to attack an unidentified courthouse and "execute" public officials in their next-door neighbor's apartment.

But, Uygur pointed out, the couple had not only bragged about trying to join anti-government rancher Cliven Bundy's supporters -- Bundy's family has said the Millers were asked to leave -- but had also told neighbors they planned to orchestrate "the next Columbine" and passed white-supremacist material around their apartment complex.

"See, that would've been a good moment to maybe talk to the authorities about them," Uygur chided.

Uygur also showed a picture of the shopping center where the attacks took place, with the restaurant across a parking lot from the store, and a sign for a gun shop displayed near an entrance.

"Turns out if you put guns on every street corner, some people who are stupid, crazy, and hateful might actually use those guns," Uygur said.