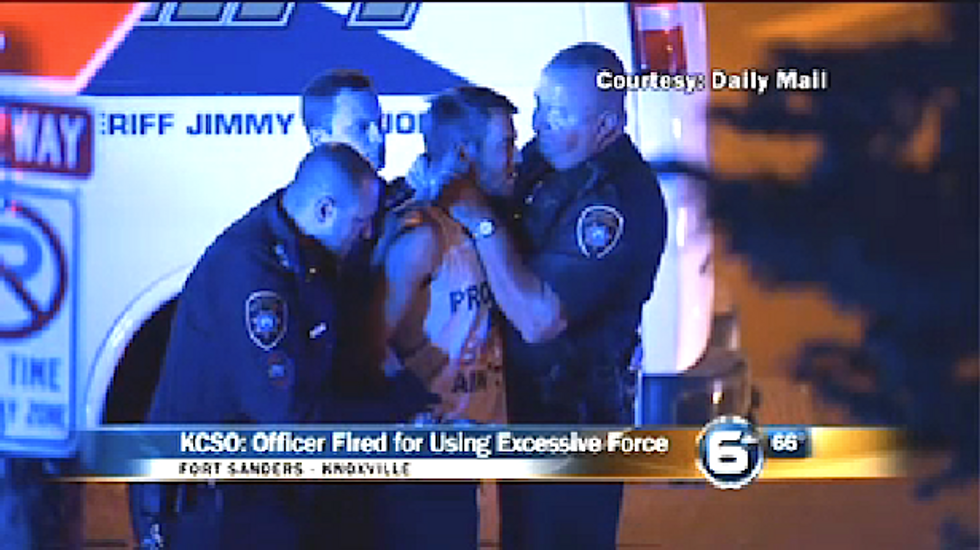 (Reuters) - A judge on Wednesday dismissed charges against a Tennessee college student whose choking while handcuffed was captured in internationally circulated pictures and led to the dismissal of a sheriff's deputy.

Jarod Dotson had been charged with public intoxication and resisting arrest after authorities shut down a massive student block party in April near the University of Tennessee in Knoxville.

"There simply was no evidence of wrongdoing, of criminal conduct, by Mr. Dotson," his attorney, Tasha Blakney, said Wednesday in a telephone interview.

Blakney said she discussed the charges with District Attorney Randy Nichols and prosecutors had agreed to dismiss the case in Knox County General Sessions Court.

"He suffered injuries and the conduct of these officers was absolutely inappropriate and violated Mr. Dotson's rights," she said.

Blakney said she continues to represent Dotson, who is considering other options including a lawsuit. She also represents several other students arrested that night.

The photographs, published online, showed a Knox County sheriff's deputy appearing to choke Dotson while two officers handcuffed the student's hands behind his back.

The Knox County sheriff dismissed the deputy, Frank Phillips, after department investigators determined he had used excessive force during the arrest.