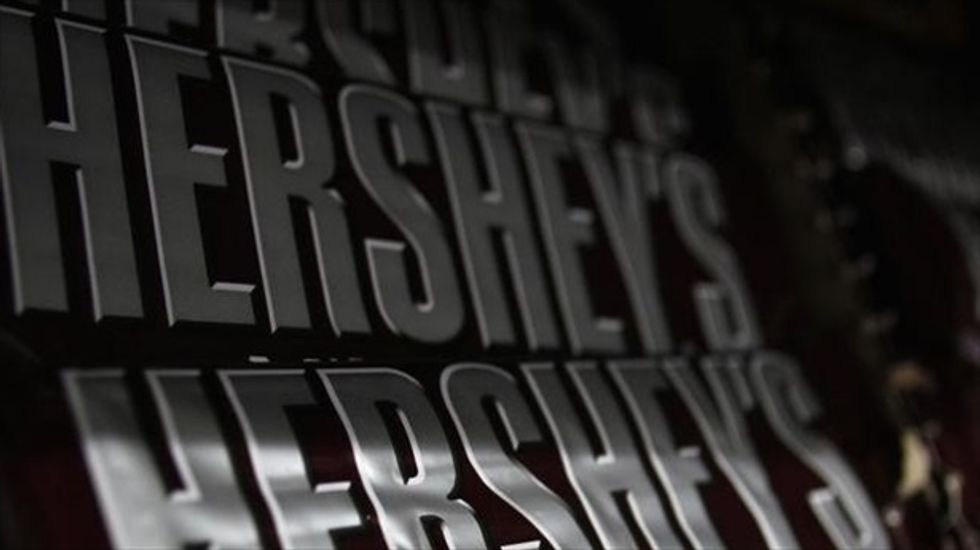 ANNAPOLIS Md. (Reuters) - The Hershey Company is not sweet on the idea of Maryland lawmaker Stephen Hershey Jr's campaign signs looking a lot like the chocolate maker's own brown-and-white design.

Hershey, the maker of treats such as Mr. Goodbar and Krackel, has filed a federal lawsuit saying the state senator's re-election campaign optics violate trademark law.

The colors and lettering on the Queen Anne's County legislator's signs appear nearly identical in style to the Hershey chocolate bar's distinctive logo.

"Our brand trademarks are among our most important and valuable assets," Hershey Company spokesman Jeff Beckman said in a statement on Thursday.

Misuse of its brand trademarks "may mislead consumers into believing that Steve Hershey is somehow affiliated with or endorsed by The Hershey Company," Beckman said.

Hershey and the chocolate company have clashed for a number of years. Hershey first used the similar logo style in 2002 while running for a county commissioner seat.

In 2008, Hershey used it again in a bid for election to the House of Delegates. In both cases, Hershey Company sent him cease-and-desist letters.

In documents filed in U.S. District Court in Baltimore last Friday, the chocolate maker is asking that Hershey pay all legal costs, recall all campaign material, and not use the word "Hershey" in block letters or on a brown or maroon background.

In a statement, the lawmaker said the complaint was "orchestrated by my opponent" and that in past years "I have used my given birth name, Hershey, on brown background signs with the knowledge and permission of the Hershey Company."

"The Hershey Company’s allegations raise serious questions about infringing on my constitutional rights of freedom of speech," he said.

[Image: Hershey's candy bars are displayed at a gas station in Phoenix, Arizona Oct. 27, 2011. By Joshua Lott for Reuters]