Christian radio host: Keep Muslims out of the Vatican because of their 'demon-god' 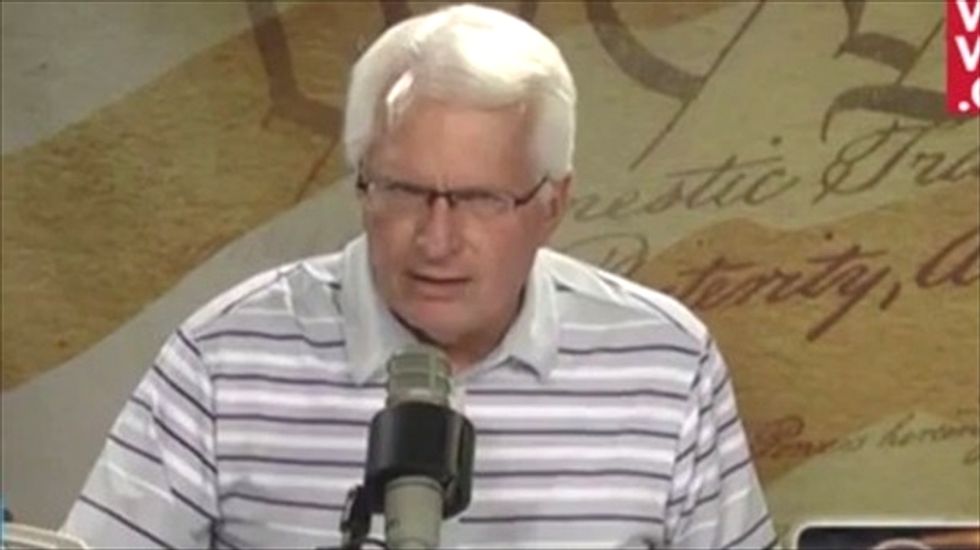 Christian radio host Bryan Fischer blasted Pope Francis' meeting with Muslim and Jewish leaders at the Vatican during his show on Monday, decrying not just interfaith gatherings but Islam in particular.

"When Muslims pray, they are praying to a god that they refer to as Allah, who we know from the Scriptures is not the true and living God, but is a demon-god," Fischer said in footage posted by Right Wing Watch. "Remember, not every being that occupies the unseen world, the spiritual world, is a good guy, is a good spirit."

As Agence France-Presse reported, the Pope hosted a largely symbolic gathering at the Vatican Gardens on Sunday with Palestinian leader Mahmud Abbas and Israeli president President Shimon Peres that involved prayers from all three of their religions.

But on Monday, Fischer criticized what he said was a trend of interfaith gatherings involving Christian and Muslim leaders both on his show and online, repeatedly calling Allah a "demon-god."

"No Christian, in space over which he has authority, should ever willingly allow another spiritual leader to invite the presence of demons into his sanctuary," Fischer wrote. "This is for the simple reason that if they are invited, they will come. Thus any clergyman, whether an evangelical pastor or the Pope himself, compromises the spiritual integrity of his sanctuary through an interfaith prayer service with Muslims."

Watch Fischer's remarks, as posted by Right Wing Watch on Monday, below.