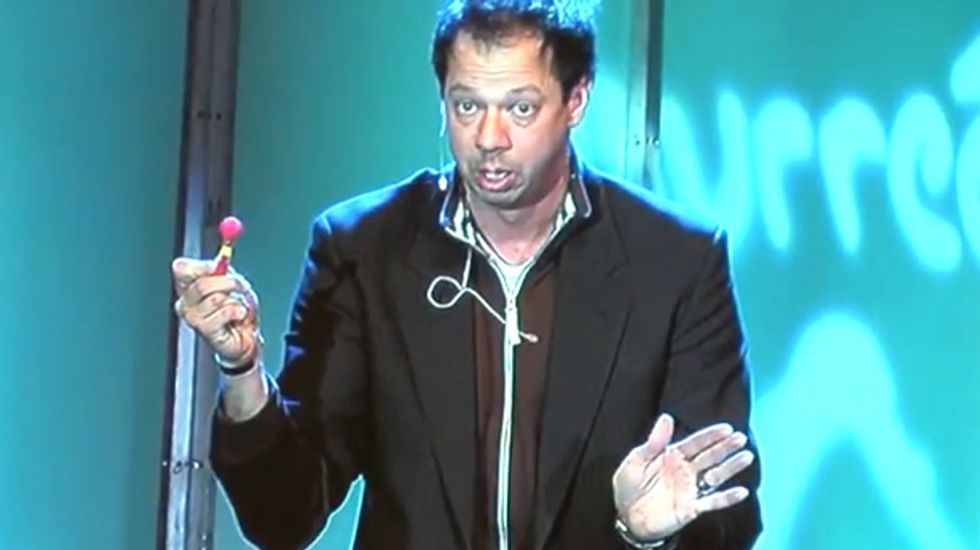 A Christian motivational speaker famous for giving dubious dating advice to teenagers was arrested on charges of public intoxication after he was found passed out and covered in vomit in his car.

Indiana police said they found Justin Lookadoo pulled over on the side of the road early Tuesday morning. He claimed he had pulled over to take a nap, but authorities said that the car smelled of alcohol and that they could see vomit on the passenger seat.

After failing a field sobriety test and recording a blood-alcohol content of .07, police arrested him on a charge of public intoxication.

On March 17, 2013, Lookadoo published a video on YouTube titled "Is Alcohol Consumption Okay?" in which he said he couldn't tell teenagers whether drinking alcohol was "right or wrong, good or bad...because it doesn't matter -- the question is, 'Is it holy?'"

On the day of his arrest, he had been scheduled to speak with middle school students at a Teen Power Camp.

Lookadoo rose to national prominence last year after a controversial speech he gave at Richardson High School in Texas gave rise to a "#lookadouche" Twitter hashtag:

Female students in attendance challenged Lookadoo on his claims that "dateable girls know how to shut up" and "dateable guys are stronger, more dangerous, and more adventurous" than women. They claimed that he was trafficking in outdated gender stereotypes, and questioned why a Christian motivational speaker had been brought to their public school. As one student tweeted:

What are we mad about?! I love being called a vindictive, evil, creature! Someone boss me around because I have ovaries! #lookadouche

Watch a video produced by Lookadoo entitled "Is Alcohol Consumption Okay?" via YouTube below.