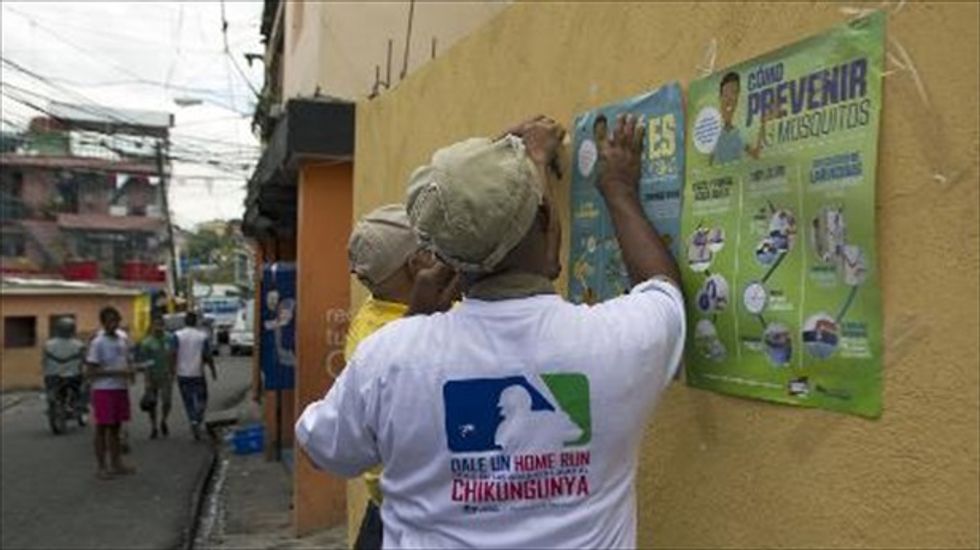 Employees of the Dominican Ministry of Public Health stick posters on a wall during an information campaign to prevent the spread of the Chikungunya virus in Santo Domingo on May 30, 2014 [AFP]

Salvadoran health authorities confirmed Saturday that a dengue-like disease that has been spreading across the Caribbean has now appeared in the Central-American country. Health Minister Violeta Menjivar said at least 1,200 people have been formally…