Dumb conservative dudes weigh in on Hobby Lobby, remind us they don't know how contraception works 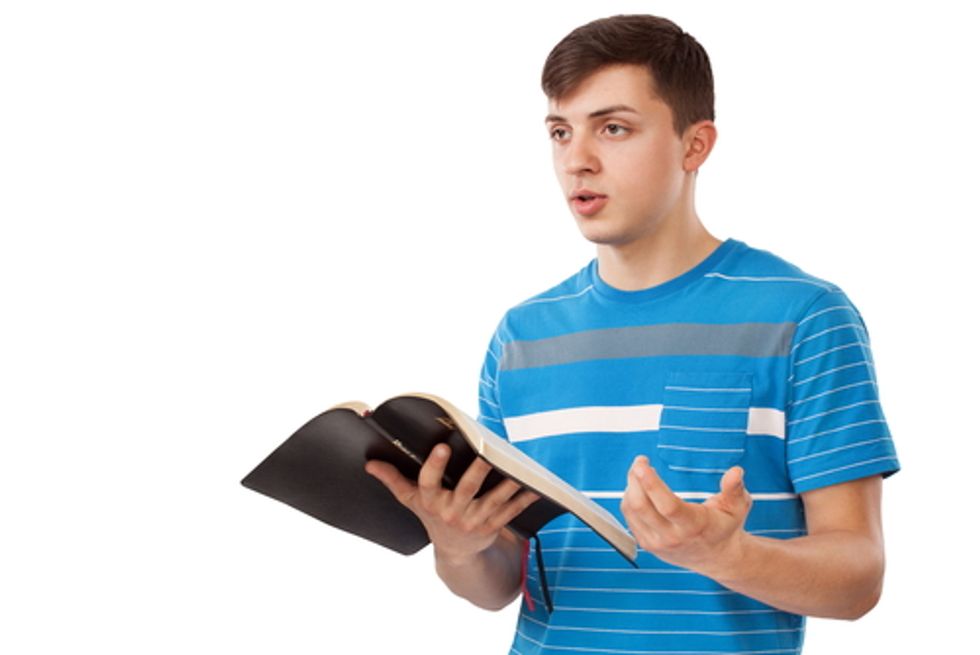 Ladies, I may not know how female anatomy works, but I figure that you can only get pregnant if you like sex too much. No, put that biology book down. Did you notice I'm a man? I don't need to know how this stuff works to opine about it.

I quickly finished my post at Slate about why I think the Hobby Lobby decision is more of an own goal than the Christian right realizes---in sum, they didn't meaningfully restrict contraception access but did expose how single-mindedly prudish they are---and sure enough, Christian right figures are already proving the point. Media Matters grabbed a few immediate reactions from male conservatives that demonstrate the fear and loathing, coupled with a strong dose of serious ignorance, towards female sexuality that underpins this decision. Needless to say, I'm beginning to wonder if the reason so many conservative men don't take women's contraception needs seriously is their primary form of birth control is forgetting what hole to stick it in to make baby.

Since even monogamous couples---even very long-married monogamous couples---use contraception, it's telling that someone like Erickson is coupling contraception use with wanton and out of control sexuality. If you're 40 years old and you have sex with your spouse of 15 years after you put the kids to bed, you are a crazed out of control slut who needs some "consequences" to force you to cut it out, I guess. I don't know if guys like Erickson are just massive hypocrites or if their sex lives really are so pathetic that even a quickie between long-married spouses before the late show makes him writhe with bitter jealousy, but man, he has to know that the latter is what people are assuming, right? Obviously, there's nothing wrong with having wanton sex with multiple partners, but it's fascinating that even long-married couples who want to have sex with each other are on his shit list of bad, oversexed people.

Somebody get eyeballs on Sandra Fluke. She may do something dumb. After all now she has to pay for her own birth control.

Of course, the single-minded obsession with Sandra Fluke continues, which again strongly suggests that the motivation behind all this is to punish women for being pretty, young, single and not sexually available to angry right wing dudes.

Ohmydeargawd, women might have to go to Target for birth control. #MiddleAges

This doesn't make a lot of sense, in the reality-based world, of course, since this decision had nothing to do with whether Target pharmacies stocked prescription birth control or not. But that's not what this is about. For one thing, a lot of the men who push the "just buy it at Target!" line don't really understand that the IUD or birth control pill is not available on the shelf at Target. Those who do, however, are subtly trying to imply that contraception  should only be available as a consumer purchase item, something you buy occasionally but isn't a normal part of your daily routine. Again, it's about implying that if you have sex more frequently than once or twice a year, then you must be some kind of sex-crazed monster who needs to be brought in line for reasons.

Of course, another possibility is that all these guys really don't know how female biology works. Maybe they believe that women only ovulate once a year. Maybe they don't know that you can get pregnant from only one sexual encounter. They seem to think of contraception as some kind of exotic sexual item, like  a butt plug or handcuffs, something you only incorporate once in awhile instead of every single time. I have no idea. But it's fascinating how stupid and ignorant they sound, and how they'll never know it because they foolishly believe being male makes them a lot smarter than they actually are.

It was a tough choice today. Celebrate Hobby Lobby by going to Chick-Fil-A or making my wife make me a sandwich. #CFAFTW

Between his ready assumption that humans were only meant to copulate a handful of times over a lifetime and this tweet, I'm really beginning to feel sorry for his wife. Then again, if you found yourself in a marriage with this guy, you'd probably pray that he thinks sex is supposed to be like surgery, extremely rare and over quickly if you can help it.

Update #2: I don't get men who are proud to be known as someone who thinks a dozen times is a solid top limit for the number of sexual encounters a couple should have over a lifetime together.

To be clear, Elias Isquith is reporting, not actually agreeing.