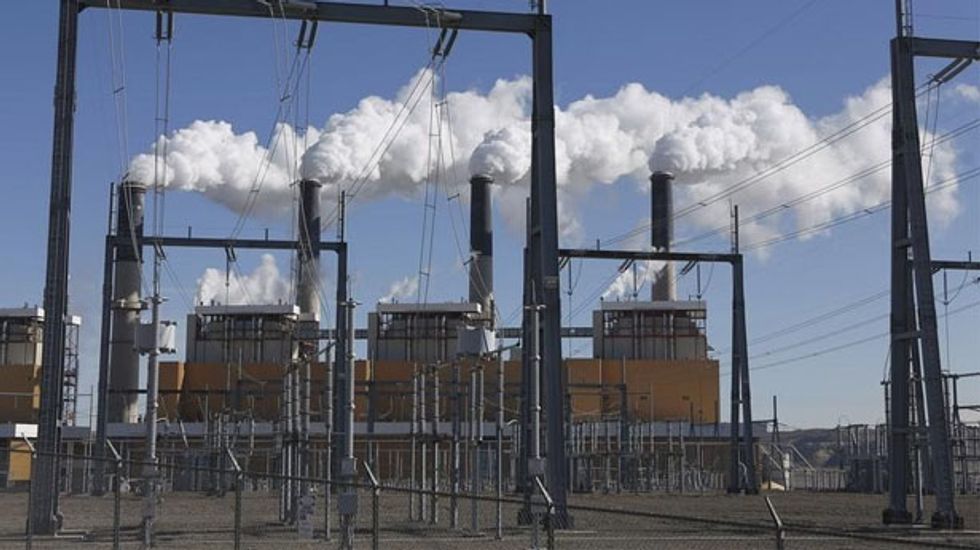 By Valerie Volcovici and Jeff Mason

WASHINGTON (Reuters) - The U.S. power sector must cut carbon dioxide emissions 30 percent by 2030 from 2005 levels, according to federal regulations unveiled on Monday that form the centerpiece of the Obama administration's climate change strategy.

The Environmental Protection Agency's proposal is one of the most significant environmental rules proposed by the United States, and could transform the power sector, which relies on coal for nearly 38 percent of electricity.

Gina McCarthy, administrator of the Environmental Protection Agency, said on Monday that between 2020 and 2030, the U.S. amount of carbon dioxide the proposal would reduce under the plan would be more than double the carbon pollution from the entire power sector in 2012.

States will have flexible means to achieve ambitious but attainable targets, regardless of their current energy mixes. States which rely heavily on coal-fired power plants are thought to have the toughest tasks ahead.

"The flexibility of our Clean Power Plan affords states the choices that lead them to a healthier future. Choices that level the playing field, and keep options on the table, not off," McCarthy said in remarks prepared for delivery on Monday.

The plan has come under pre-emptive attack from business groups and many Republican lawmakers as well as Democrats from coal-heavy states like West Virginia.

But the plan looked less restrictive than some had feared, with targets arguably easier to reach because carbon emissions had already fallen by about 10 percent by 2013 from the 2005 baseline level, partly due to retirement of coal plants in favor of cleaner-burning natural gas.

The National Association of Manufacturers has argued that the plan will hurt American competitiveness.

States also have an option to use measures such as carbon cap-and-trade systems as a way to meet their goals.

Monday's rules cap months of outreach by the EPA and White House officials to an array of interests groups.

The country's roughly 1,000 power plants, which account for nearly 40 percent of U.S. carbon emissions, face limits on carbon pollution for the first time.

Climate change is a legacy issue for Obama, who has struggled to make headway on foreign and domestic policy goals since his re-election.

But major hurdles remain. The EPA's rules are expected to stir legal challenges on whether the agency has overstepped its authority. A public comment period follows the rules' release.

Last week the U.S. Chamber of Commerce warned the rules could cost consumers $289 billion more for electricity through 2030 and crimp the economy by $50 billion a year.

That assessment keyed off a more stringent proposal by the Natural Resources Defense Council, an influential environmental group. The NRDC had proposed cutting emissions by at least 30 percent from a 2012 baseline by 2020.

The National Association of Manufacturers also argued on Monday that the plan will hurt American competitiveness.

McCarthy noted on Monday that the regulations could yield over $90 billion dollars in climate and health benefits.

From a public health perspective, soot and smog reductions that would also be achieved through the plan would translate into a $7 health benefit for ever dollar invested in the plan, she said.

The EPA estimates that reducing exposure to particle pollution and ozone could prevent up to 150,000 asthma attacks in children and as many as 3,300 heart attacks by 2030, among other impacts.

The rules, when finalized, are expected to have an impact that extends far beyond the United States.

The failure to pass "cap and trade" legislation in Obama's first term raised questions about how the United States would meet commitments the president made to reduce U.S. greenhouse gas emissions roughly 17 percent by 2020 compared to 2005 levels.

The new EPA caps are meant to answer those questions.

They could also give Washington legitimacy in international talks next year to develop a framework for fighting climate change. The United States is eager for emerging industrial economies such as China and India to do more to reduce their emissions, too.

"I fully expect action by the United States to spur others in taking concrete action," UN climate chief Christiana Figueres said in a statement Sunday.

Chinese and Indian negotiators have often argued that the United States needs to make a more significant emission reduction because of its historical contribution to climate change.

Obama will hold a conference call at 2pm ET on Monday with public health groups, hosted by the American Lung Association.