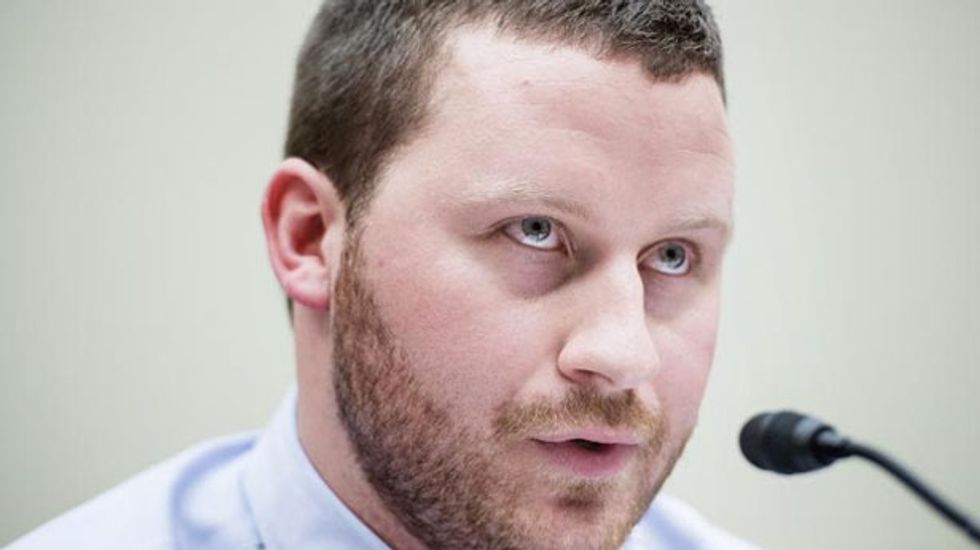 A member of Bowe Bergdahl's unit in Afghanistan told Congress Wednesday that the recently released US Army sergeant "wanted to hunt and kill" Taliban, even while telling relatives he aimed to help Afghans.

Last month's transfer of five hardened Taliban operatives from Guantanamo prison in exchange for Bergdahl's freedom has triggered a political row in Washington, with Republicans accusing President Barack Obama of giving away too much in the swap.

Critics have pointed to reports Bergdahl may have deserted his Afghanistan base on 30 June 2009 after growing frustrated with US policy.

But administration officials argue the military duty to bring all US soldiers home is paramount, and that any required discipline of Bergdahl be meted out after a full investigation.

Former army specialist Cody Full, who served in the same squad in Blackfoot Company as Bergdahl, said Bergdahl was a conflicted soldier who eventually executed a "pre-meditated" plan to desert his post.

"He didn't understand why we were doing more humanitarian aid drops, setting up clinics, and helping the populous instead of hunting the Taliban," Full told a House Foreign Affairs panel.

Bergdahl was a "good soldier" during military training in California, but shortly after arriving in Afghanistan he started voicing disagreements with the way missions were conducted, Full said.

"He was clearly frustrated that we were instructed to win the hearts and minds of the local populace," he testified, recalling Bergdahl's. "He wanted to hunt and kill."

But in letters to his parents, Bergdahl described the "polar opposites" of actions taking place on the ground, Full said.

At the same hearing, the father of US soldier Darryn Andrews insisted his son died in Afghanistan during the search for Bergdahl, even though Defense Secretary Chuck Hagel said this month he had no information suggesting American soldiers died in such efforts.

"Six soldiers who were serving with Darryn at the time of his death have confirmed with my wife and me that... Darryn was killed while on a mission to find Bergdahl," Andy Andrews told lawmakers.

The suspicion that US soldiers may have died in the search for a possible deserter has heightened the debate over the cost of the swap, with several Republican lawmakers speaking out that they would not have made such a costly exchange.

"When we made these promises to each other, we didn't promise that we would exchange five stone-cold Taliban killers for each other, nor would any soldier want that to happen," said House Republican Tom Cotton, an army veteran who served in Afghanistan.

"Would we exchange (alleged 9/11 mastermind) Khalid Sheikh Mohammed?" he posed. "Deputy National Security Adviser Tony Blinken said directly to me that we would not."