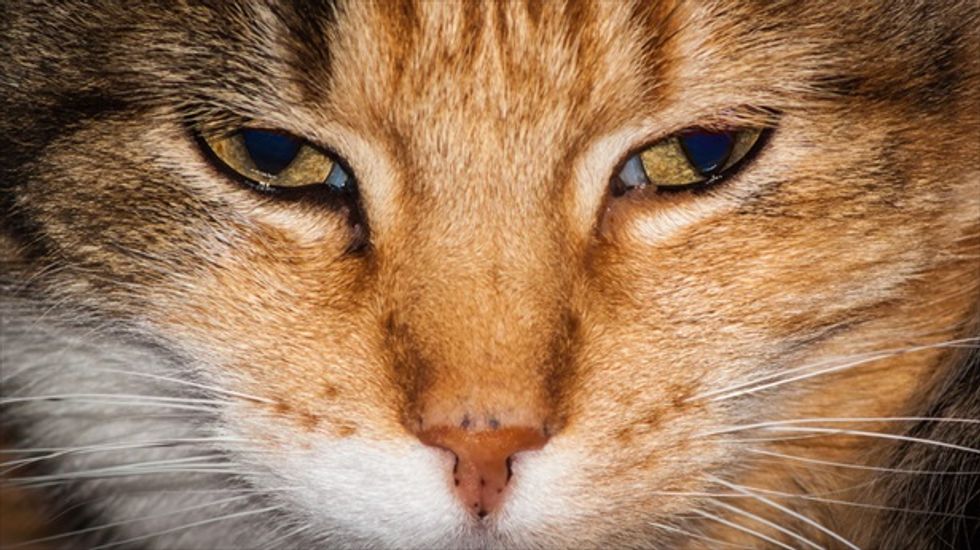 An Australian study has blamed feral cats for the extinction of native mammals and warns 100 species are under threat from the creatures that inhabited the homes of early British settlers.

Woinarski told AFP Australia's mammal extinction rate was the highest in the world, with more than 10 percent of species -- 29 mammal fauna -- wiped out since Europeans settled the country two centuries ago.

"At least one, and probably two, Australian mammals have been made extinct in the last decade, and if current trends continue many of the 55 threatened species will disappear within our life times," he said, adding that even once-widespread animals such as the koala were in "serious decline".

"If we had to choose one key action to conserve Australia's biodiversity it would be the control or eradication of feral cats, which currently threaten at least 100 mammal species."

The 1,038-page review, released this week, is the first comprehensive assessment of the conservation status of all Australian mammals.

It said while feral cats were the main culprits, feral foxes were also responsible for killing mammals. Other factors contributing to the extinctions included climate change, fire and habitat destruction.

Cats were first introduced to Australia by British immigrants in the 1790s as domestic pets, and were also used to control the rat populations in the ships they arrived on, Woinarski said.

"They went wild very soon after their initial introduction to Australia but it took about 50 to 100 years for them to spread across the continent," he said.

"Now there's probably between 10 and 20 million feral cats in Australia."

Foxes were brought to Australia by settlers in the early 19th century for the English sport of hunting, and their feral descendants have had a large impact on bigger native mammals such as wallabies.

"You create these island arks where you fence it, you eradicate the feral pest, and then you reintroduce native species," he said.

"And there's been some pretty good work such as the bridled wallaby."

He added that biological controls, such as introducing a disease into the feral cat population, were at least a decade away.

Australia is home to a unique array of animals, with about 86 percent of its 315 land mammals not found anywhere else in the world.

The most recent animal to become extinct was the Christmas Island Pipistrelle.

The small bat with dark brown fur, which was native to the Indian Ocean became extinct in 2009, Woinarski said.

Another creature feared to have died out is the Bramble Cay Melomys, a small rodent found in the northeast of the Torres Strait in Australia's far north.