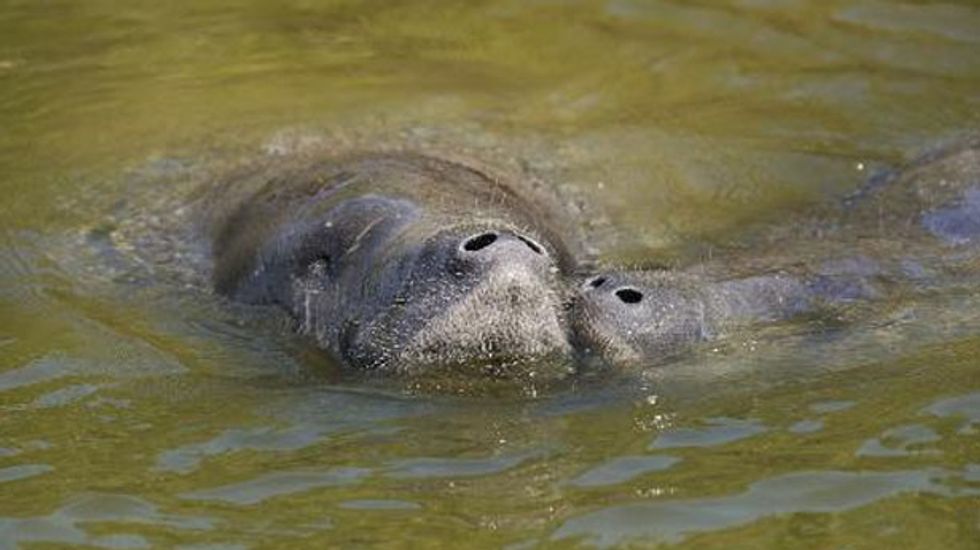 TAMPA Fla. (Reuters) - Two men caught on video in a cannonball-style jump onto Florida manatees were sentenced on Wednesday to two years probation and community service for harassing the endangered sea cow.

The men, who previously pleaded guilty, also were ordered to post an apology on Facebook, where a video of the crime caught the attention of officials from the U.S. Fish and Wildlife Service.

The video showed Seth Stephenson, 22, of Florida, using a water hose to lure an adult manatee and a calf to a boat dock, according to a press release from the U.S. State Attorney for the Middle District of Florida.

Taylor Martin, 22, of Alabama then performed a cannonball dive onto their backs, an investigation found.

Later, Martin posted on Facebook that he was "ready to cannonball on every manatee living," authorities said.

The Florida Manatee Sanctuary Act prohibits molesting, harassing or disturbing manatees, which are classified as endangered in Florida and are also protected by federal laws.

Other people captured in photos getting too close to manatees have faced similar charges. A Florida man was arrested in 2013 after posting a picture on Facebook showing himself hugging a baby manatee, and a woman previously faced charges after being photographed riding one.