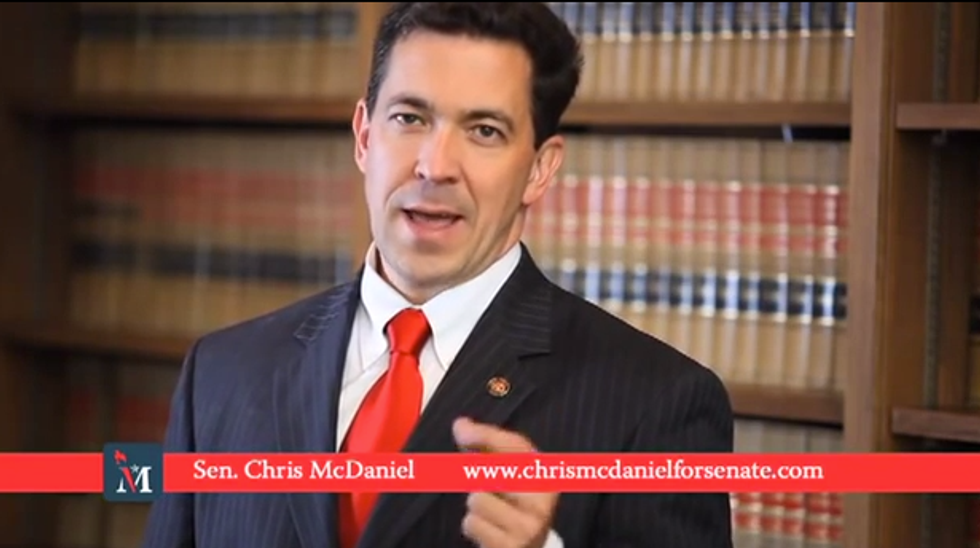 A Mississippi attorney and former Ku Klux Klan member says he donated $800 to Republican Senate candidate Chris McDaniel because of his views on immigration.

Carl Ford, who was also a member of the League of the South, told The Daily Beast in an article published on Tuesday that he supported the Tea Party candidate because of his opposition to "immigration reform, so-called."

"Don’t think we want a nanny state," Ford explained. "I’m too old and too fat to drink too much sody pop and still don’t want nobody telling me how much to drink."

McDaniel and Cochran came to a virtual draw in the June 3 GOP primary in Mississippi. A runoff election is scheduled for June 24.

“Cantor was part of the same establishment that Thad has become,” Ford told the New York Times last Friday. “I think Brat and McDaniel, they had the same platform.”

Cochran campaign's told The Daily Beast that Ford's donation to McDaniel was part of a "troubling pattern."

McDaniel has received criticism for appearing at neo-Confederate conferences in Laurel that were hosted by a local chapter of the Sons of Confederate Veterans organization.

Ford previously made the news nearly four years ago, when it was revealed he donated money to the campaign of Sen. Rand Paul (R-KY). He has also donated money to former Rep. Ron Paul (R-TX), Rep. Alan Nunnelee (R-MS), and former Sen. Jim Webb (D-VA), according to the Daily Beast.

Ford gave Rand Paul $400 in 2010. He told the Courier-Journal at the time that he was not a white separatist but was a member of the Sons of Confederate Veterans. The group refers to the Civil War as the "Second American Revolution," which they claim was fought to save "liberty and freedom."

Ford told the Courier-Journal he considered himself “pro-Confederacy and anti-(Abraham) Lincoln.” The Daily Beast reported he was active in the Klan in Laurel in the early 1960s.