Fox News host: I wouldn't be surprised if undocumented kids are front for drug dealers 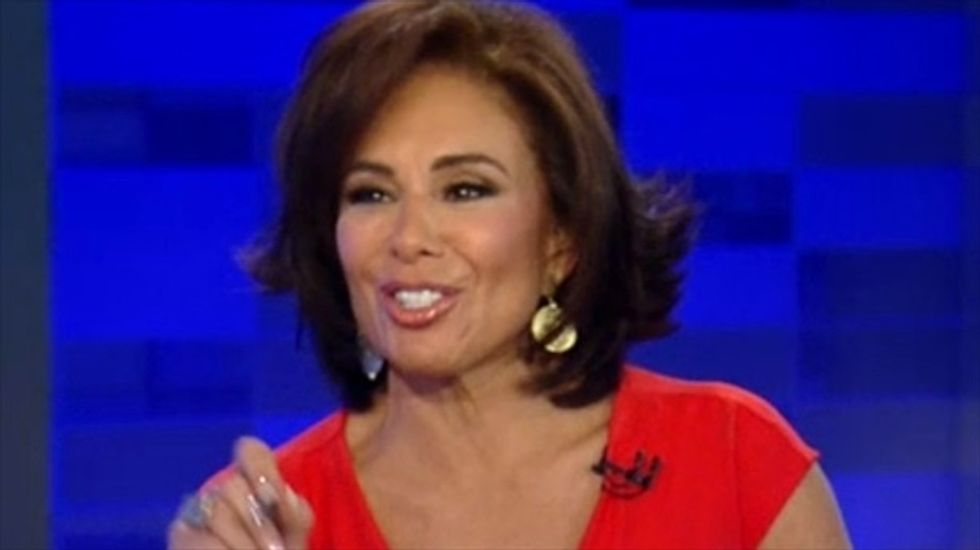 Fox News host Jeanine Pirro voiced her suspicions on Thursday regarding the thousands of undocumented minors being taken to military housing after emigrating to the U.S.

"I wouldn't be surprised if some of these 'kids' are nothing more than fronts for drug dealers," Pirro said. "We just talked about terrorists. [There's] MS-13. Some of them look like they're 18 or older. This is a danger zone for us."

Gangs like MS-13 -- also known as Mara Salvatrucha -- have, in fact, been cited as one of the reasons, along with domestic violence, behind the upswing in "unaccompanied minors" fleeing from El Salvador, Guatemala and Honduras to try to join relatives already living in the U.S.

"We know that in the transnational gangs, there are many young members," Pirro's guest, Texas Border Sheriffs Association head Don Reay, said. "Members are recruited at a younger age all the time, so that they build them up through the system, if you will, to be more effective as adults."

President Barack Obama has ordered three military bases to provide emergency housing for this rising group of younger immigrants. The White House reportedly estimates that 60,000 minors will make their way through Mexico into the country this year.

Reay told Pirro that "the word is spreading" that entry to the U.S. is "unchecked," leading to the increasing number of immigrants.

"I don't understand this," Pirro said. "Was there a mass email that went out? Or did everybody get a phone call at home during dinner saying, 'Send your kids now' without any kind of protection, without parents. I mean, this doesn't just happen."

Watch Pirro's interview with Reay, as posted by Media Matters on Thursday, below.