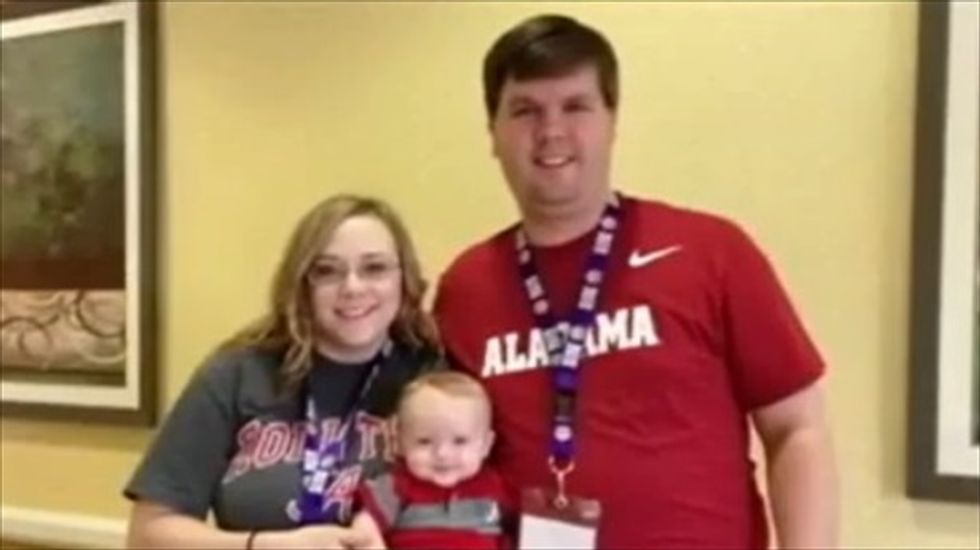 A 34-year-old Georgia man was charged with murder for leaving his 22-month-old son in the back seat of his SUV for seven hours in his office parking lot, WSB-TV reported.

Authorities said Justin Ross Harris left the boy, Cooper Mills Harris, in the vehicle on June 18, after driving with him to breakfast at a local restaurant, then to his workplace, where he left the boy locked inside. According to an arrest warrant (PDF) released on Wednesday, the elder Harris went back to the vehicle in the middle of the day and placed an object inside, then went back into his office.

Harris left his office at 4:16 that afternoon, then pulled into the parking lot of a nearby shopping center and called for help reviving his son. He was pronounced dead at the scene. The Cobb County Medical Examiners Office determined that hyperthermia -- overheating of the body -- was the cause of death.

The Atlanta Journal-Constitution reported that Justin Harris was charged with murder and a second-degree charge of cruelty to children. Harris' wife, the child's mother, has not commented on the case.

The latter charge was downgraded from cruelty to children in the first degree, meaning prosecutors found no criminal intent behind his actions. He is being held without bond in Cobb County Jail. An online petition calling on prosecutors to drop the murder charge against Harris has amassed more than 11,000 signatures.

However, the Journal-Constitution also reported, citing an unidentified "public safety official," that Harris knew his son had been in the vehicle. That runs counter to his initial statement to police that he only realized he was there after beginning to drive home.

WAGA-TV also reported, citing a law enforcement source, that a police review of Harris' home computer determined that the suspect had looked up information on how long it would take for an animal to die inside a locked car.

"I fully understand the emotional impact this case has on the public, and as concerned citizens and parents everyone wants to know how this could happen," Houser said in a statement. "With that being said, the Police Department cannot share specific details of the investigation with the public. As the investigation continues, there will be times during the process that additional information will be released."

Watch WSB's report, as aired on Wednesday, below.