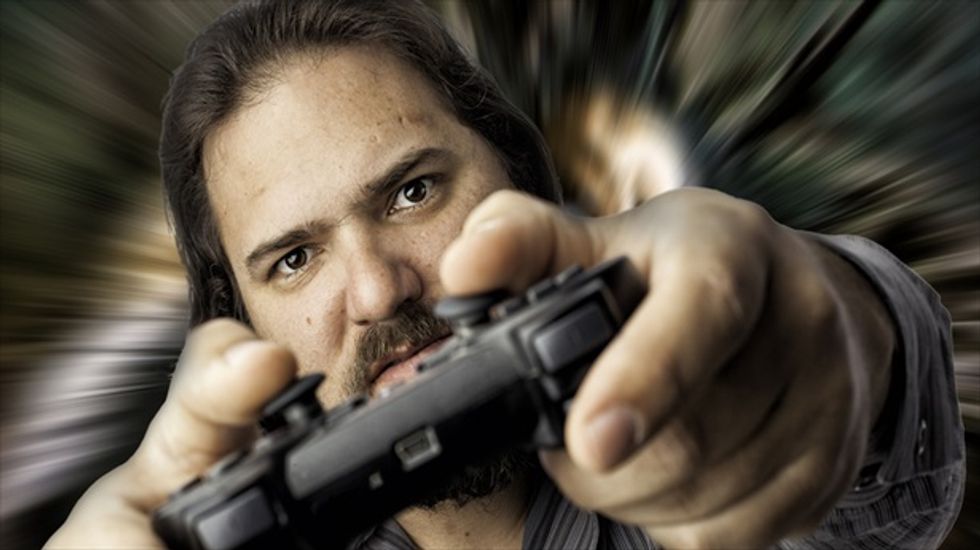 PHOENIX (Reuters) - A woman in Arizona has thanked online gamers around the world who helped police thwart a home invasion after watching two armed men threaten her live via their webcams.

The 28-year-old, who had been playing the multiplayer game Dota 2 when the break-in happened on Monday at around 5 a.m., said the outcome could have been much worse if fellow gamers had not witnessed the crime.

"I don't know where I would be if I wasn't doing what I was doing," the woman, whose name was not released by police but who goes by Sajedene online, said in a Facebook post late Monday.

"I can not thank you all enough."

Police in Tempe, an eastern suburb of Phoenix, said they arrested a 27-year-old man, Edgardo Martinez, on suspicion of home invasion, and were seeking a second suspect.

Lieutenant Mike Pooley, a Tempe police spokesman, said on Tuesday that gamers around the world had been able to catch glimpses of the crime as it unfolded via Sajedene's webcam.

One of the suspects was seen several times brandishing a gun, Pooley said, and a gamer from somewhere in Europe called one of the victim’s local friends, who alerted the police.

"This is a whole different scenario than you normally see," the lieutenant said. "This is a first for us."

Officers who rushed to the scene arrested Martinez after a brief pursuit. He is being held in county jail on suspicion of armed robbery, kidnapping, burglary, theft of a firearm, and credit card theft. The woman and her 29-year-old boyfriend were found locked in a back room and were not injured.

The criminals' plan, Pooley said, had been to hold the couple prisoner until a local bank opened, take them there and force them to withdraw cash. But he said it seemed the robbers had gone to the wrong apartment.

"They were actually attempting to target (people) who they believed were drug dealers," he said.

Watch footage of the attack, as posted by WEWS-TV, below.