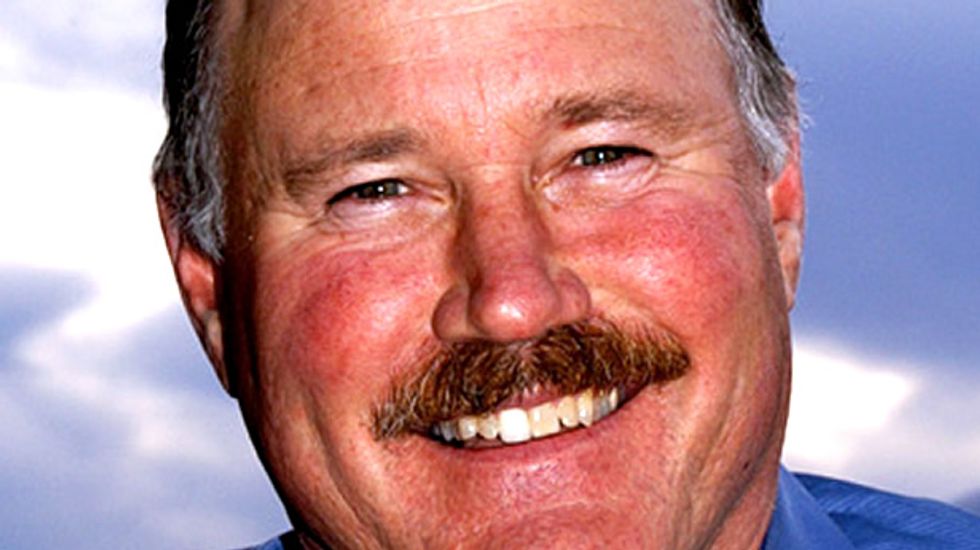 Clint Didier, who is vying to replace Republican Doc Hastings (WA) in the U.S. House of Representatives, will be awarding three Washingtonians guns in an online sweepstakes he is calling a "Freedom Fighters Gun Giveaway."

Didier was inspired to do the raffle after the recent rash of shootings on and near school campuses.

According to his official campaign website, Didier defines "freedom" as "living in a country where individual freedom and liberty reign supreme and people are allowed to succeed or fail on their own merits - without government picking winners and losers in the name of socialism and vote buying."

Scott Boyce, campaign manager for Kennewick attorney George Cicotte, told The Tri-City Herald that he's "not sure about the legality of the tactic of trading guns for votes, but it's clearly a dark gray area if not crossing the line on campaign laws."

Didier's representative said that contestants can submit their names, ZIP codes, and email addresses via his campaign website if they would like a chance to win one of two Ruger 3200 LC9 pistols or an AR-15 with a thirty round clip and ammunition.

The winners will have to abide by state laws -- meaning they must be of legal age to possess the weapons and must undergo a background check -- to receive their prize.

Didier claims that the purpose of the raffle is to prove to potential voters that he is "the greatest supporter of gun rights" in the upcoming election.

"There's just an onslaught of pressure and movement against the Second Amendment, and we've got to stop it," Didier told The Tri-City Herald. "It's No. 2 for a reason -- to protect the other nine."

Didier will hold the raffle for the firearms whenever his Facebook page receives 10,000 likes or he acquires 10,000 Twitter followers.

[Image of Clint Didier via his official campaign website]