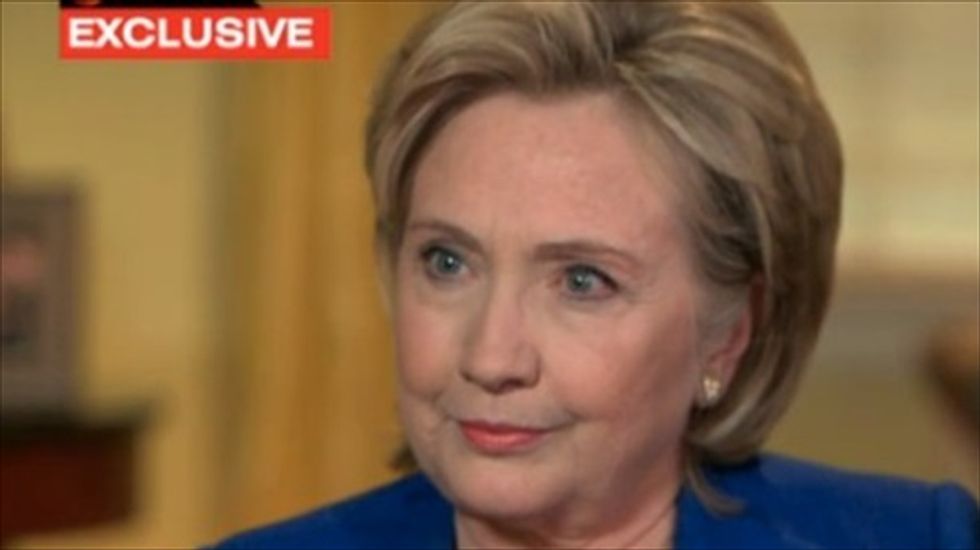 "If you look at what the factors were going into the decision, of course there are competing interests and values," Clinton told anchor Diane Sawyer. "One of our values is, we bring everybody home off the battlefield the best we can. It doesn't matter how they ended up in a prisoner of war situation."

"It does not matter," Clinton said again. "We bring our people home."

Conservatives have criticized the exchange of Bergdahl for Taliban officers, and have also called Clinton's tenure as secretary of state into question, particularly regarding the fatal September 2012 attack that killed four Americans in a U.S. consulate building in Benghazi, Libya.

Clinton also politely rebuffed GOP strategist Karl Rove's insinuations that Clinton is still affected by a fall and concussion she suffered in 2012.

"I know he was called Bush's brain in one of the books written about him," Clinton told Sawyer. "I wish him well."

The interview is scheduled to be aired in full on Monday, but ABC's preview, aired on Friday, can be seen below.