Hillary Clinton: We can't let gun-loving minority 'terrorize' the rest of the country 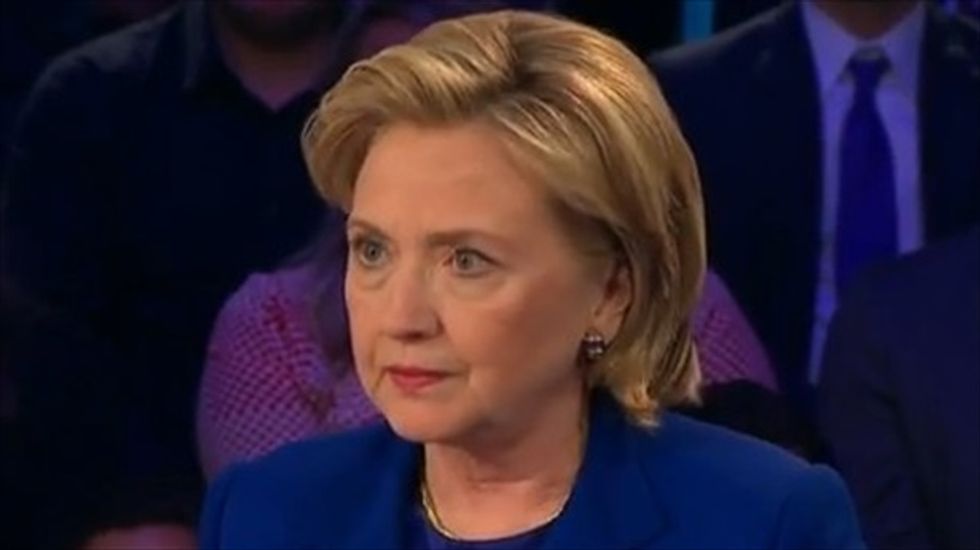 Former Secretary of State Hillary Clinton delivered an apparent rebuke to conservative gun advocates during an appearance on CNN on Tuesday, saying she would support a ban on assault weapons.

"Yes, we need to thrash this out in the political realm," she said. "But the vast majority of Americans, even law-abiding gun owners, want background checks that work. Information that is shared immediately, and an awareness that we're going to have to do a better job protecting the vast majority of our citizens, including our children, from that very very very small group."

Watch Clinton's remarks, as aired by CNN on Tuesday, below.