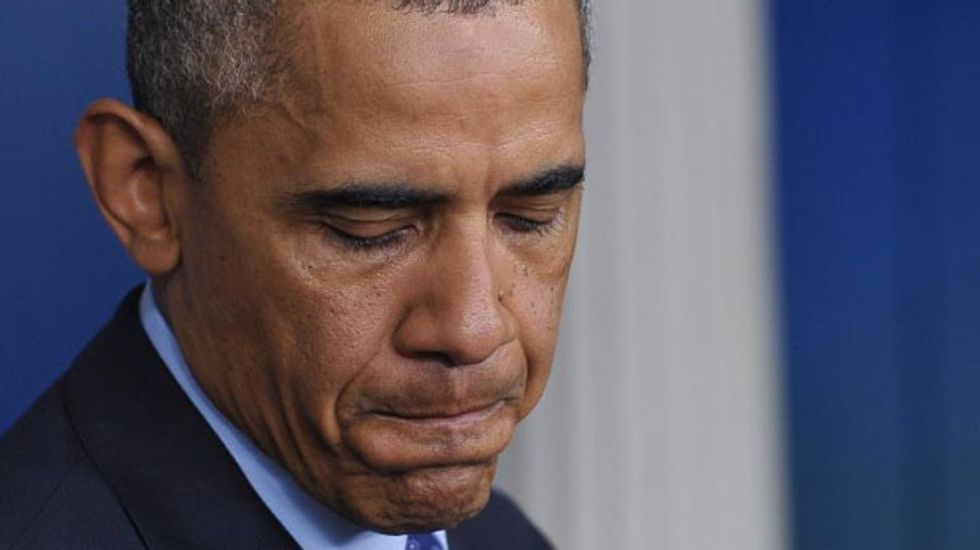 Deputy Foreign Minister Hossein Amir Abdollahian's comments followed a statement from Obama on the Iraq crisis in which he pledged to send military advisors to Baghdad but stopped short of further action at this stage.

Fighters from the Sunni extremist Islamic State of Iraq and the Levant, and their allies, have made swift territorial gains in Shiite-majority Iraq in a push that began last week.

ISIL considers Shiites, also a majority in neighbouring Iran, to be apostates.

"Delaying the fight against terrorism and ISIL and putting conditions on it have fuelled suspicions and doubts about the United States' objectives in Iraq," Abdollahian said, according to the state broadcaster's website.

"Obama's comments show the White House lacks serious will in fighting terrorism in Iraq and the region," he added.

On Thursday, Obama had warned Iraqi Prime Minister Nuri al-Maliki and Iran against promoting sectarianism after Tehran vowed to help Iraq against the fighters and defend Shiite holy sites located in its western neighbour.

"Our view is that Iran can play a constructive role if it is helping to send the same message to the Iraqi government that we're sending," Obama said.

"Instead of focusing on fighting terrorism and national unity and strengthening of government institutions, the US is spreading sectarianism," he said.