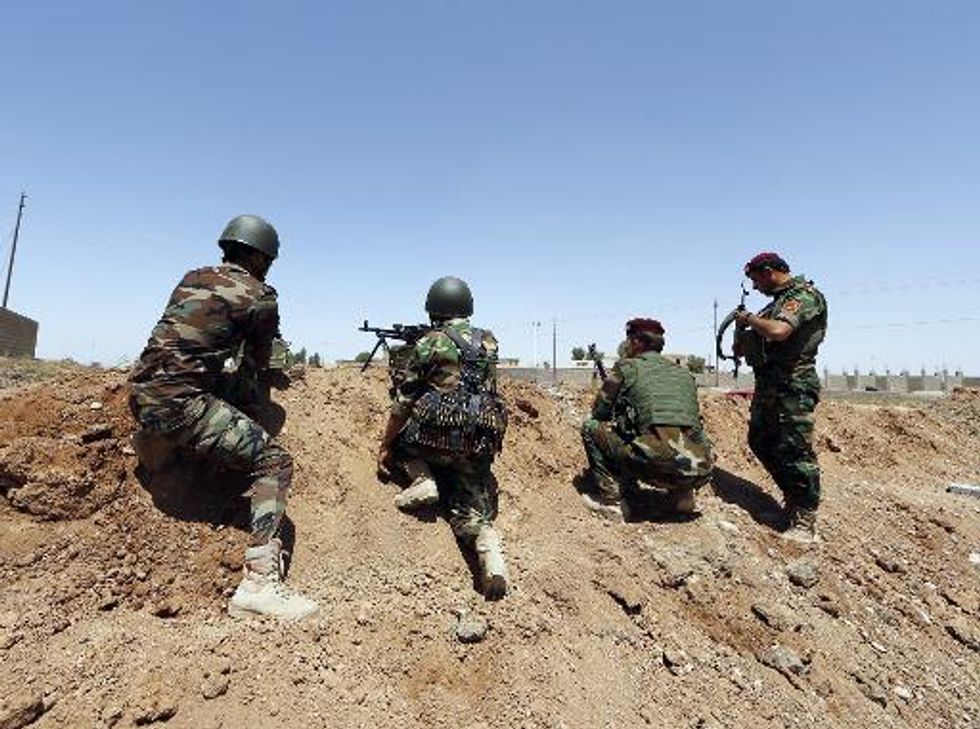 An Iraqi air strike hit a convoy of Kurdish forces which have moved into an area of eastern Iraq during a militant offensive, killing six fighters, officers and a doctor said Sunday. It was not immediately clear if the Saturday night attack near Khanaqin…