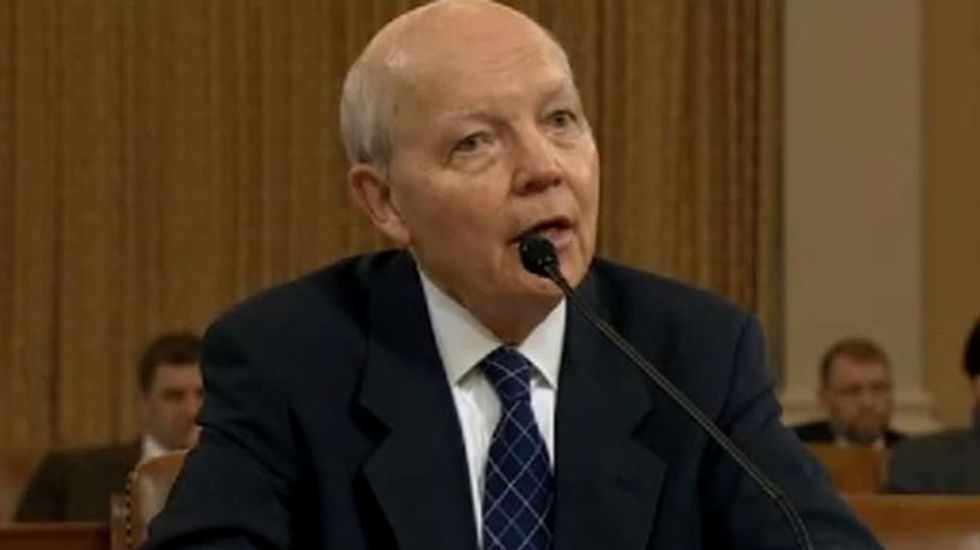 WASHINGTON (Reuters) - The head of the U.S. Internal Revenue Service refused to apologize on Friday for the loss of emails that Republican investigators want as part of a year-old inquiry into the tax agency's scrutiny of politically conservative groups.

Koskinen also said he would not support Republicans' demands for a special prosecutor to investigate the matter.

"Appointing a special prosecutor ... would be a monumental waste of taxpayer funds," Koskinen told Camp, who chaired the House of Representatives Ways and Means Committee session.

The investigation dates to May 2013, when former IRS official Lois Lerner unexpectedly apologized in public for what she called "inappropriate" scrutiny by the IRS of non-profit conservative groups, some aligned with the Tea Party.

Republicans accused the IRS of unfairly singling out conservative groups' applications for tax-exempt status for extra review. In the controversy that followed, the acting chief of the IRS stepped down and Lerner later retired.

The Republican-led inquiry last week returned to the headlines after the IRS said it had lost some emails by Lerner that had been requested by congressional investigators. The IRS said Lerner's computer crashed in mid-2011 and that some of her emails from January 2009 to April 2011 could not be recovered.

"We are missing a huge piece of the puzzle," Camp said at the hearing. "The years between 2009 and 2011 are the very peak of when the IRS organized and implemented its targeting scheme. How convenient for the IRS and the administration."

"I don’t believe that the IRS went through every possible exercise to recover these documents," he said to Koskinen. "You say that you have 'lost' the emails, but what you have lost is all credibility."

Democrats on the panel said Republicans were focusing on the controversy again to score political points ahead of mid-term elections in November. "Republican conspiracy theories have started anew," said Democratic Representative Sander Levin.

"It is not surprising that we would discover that some employees had encountered some technical issues, especially in light of the agency’s aging information technology infrastructure," Koskinen said.