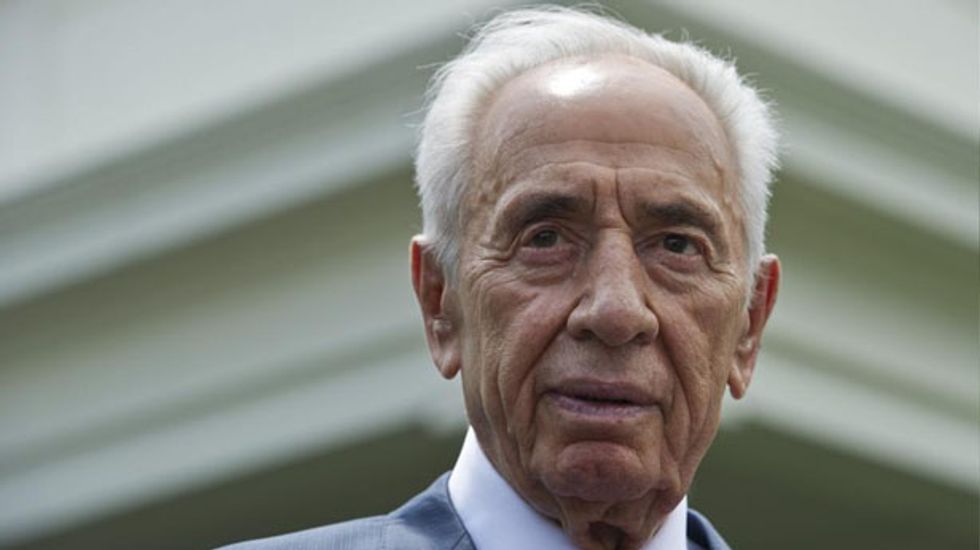 Outgoing Israeli President Shimon Peres on Thursday received the Congressional Gold Medal in the US Capitol rotunda, as he bids farewell to Washington after decades of working with American leaders.

The 90-year-old Peres, who will leave office next month, paid tribute to the "American dream" and hailed Washington's steadfast support for the Jewish state.

"Many people call me a dreamer. I suppose that's why I have always felt at home in the United States of America -- America that was given the privilege to carry the dreams of humanity," Peres said.

He explained how his mentor David Ben-Gurion, Israel's first prime minister, sent him to the United States to learn English.

Hailing the "unbelievable and unbreakable friendship" between the United States and Israel, Peres said: "Whether through military assistance and security cooperation, or through diplomatic and moral support, you sent us a clear message: that we are not alone."

Republican House Speaker John Boehner lauded Peres, a Nobel peace laureate, as the "great prototype of the Israeli statesman," noting that it was the first time the Congressional Gold Medal had been given to an Israeli head of state.

"This medal says to our young people and yours -- never get cynical, never give in to expediency, and know that America will always stand by Israel, and with all men and women of peace," Boehner said.

US Vice President Joe Biden said: "You are a legendary friend."

The award bestowed by the US Congress is one of the highest civilian honors in the United States, and is awarded to those whose achievements have had an "impact on American history and culture."

The first Congressional Gold Medal was given to the first US president, George Washington.

Peres -- who met US President Barack Obama on Wednesday -- will be succeeded in July by Reuven Rivlin, a far-right member of the ruling Likud party who was elected by parliament earlier this month.