'It was like a joke to her': PA woman arrested for brandishing gun at 5-year-old kids 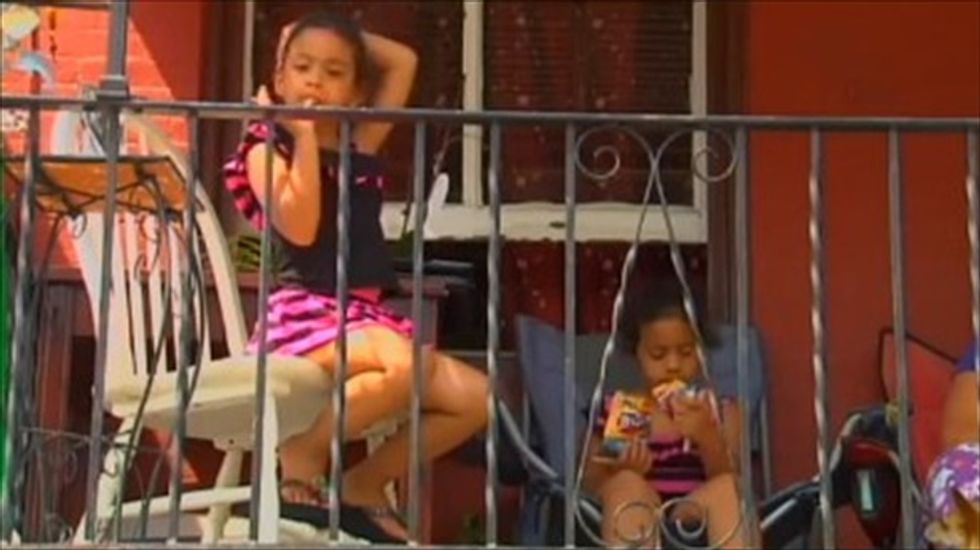 A 24-year-old woman was arrested in Reading, Pennsylvania on Sunday for allegedly waving her gun at a group of children playing in her neighborhood before firing, the Reading Eagle reported.

"I didn't know what to think," one witness said of the suspect, Billie Jo George. "It was like a joke to her. She laughed about it. I just hope the kids don't have nightmares from it."

The encounter allegedly began when the four children -- two 5-year-old twin girls, as well as a 3-year-old girl and her 6-year-old brother -- were playing with squirt guns outside. The mother of the 3-year-old and the 6-year-old, who asked to be identified only by her first name, Jessica, told the Eagle that George said to the children that she had a "real water gun," then went into her home to retrieve her firearm.

After grabbing her gun, George allegedly went outside, loaded it, and waved it around.

"She pointed it at my daughter's face," Jessica was quoted as saying. "God was with my daughter that day."

The children were quickly waved inside, at which point George reportedly fired once across the street. No injuries were reported.

The suspect is currently being held in jail on $75,000 bail. She is charged with four counts of reckless endangerment and discharging a firearm, as well as disorderly conduct and propulsion of missiles onto roadways.

Watch a report on the incident, as aired by WFMZ-TV on Tuesday, below.