It's the 21st century, and yet here we are arguing the "legitimacy" of black voters 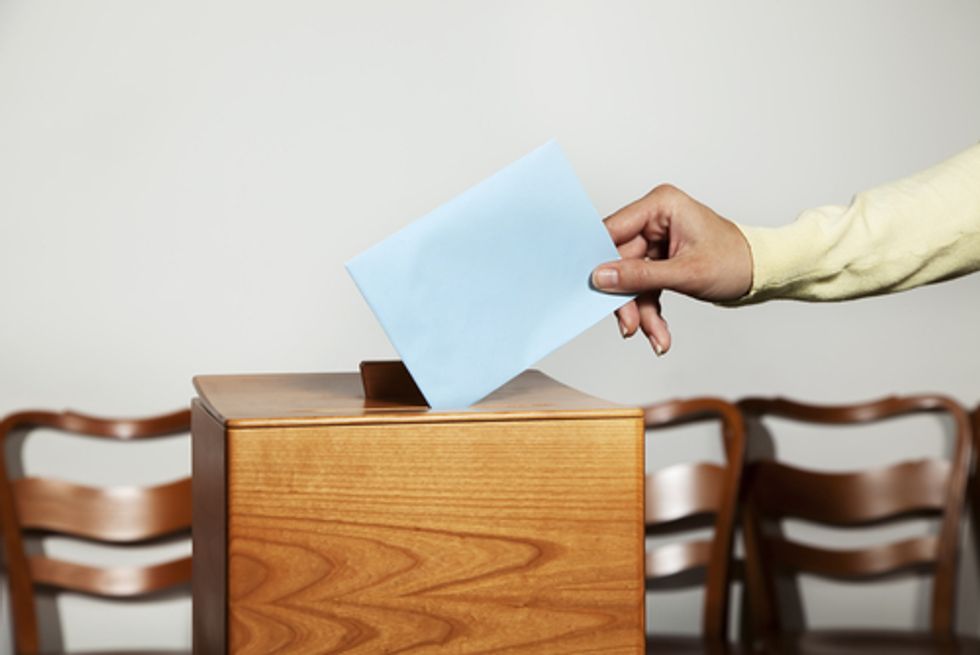 The Tea Party still thinks it's debatable whether or not to let all Americans do this.

It's been fascinating watching the total meltdown on the right over the issue of how to feel about Republican Sen. Thad Cochran beat Tea Party challenger Chris McDaniel in a primary runoff. This may be one of those things that sinks under the waves in a couple of months and is only getting so much right wing media real estate because there's not a whole lot else going on. But there's always the possibility that certain tensions on the right are coming to the forefront and they won't be going away anytime soon.

The issue at stake is, unsurprisingly considering this is going on in Mississippi, the role of race. Well, it's a little surprising since both candidates are white guys who endorse a similar set of policy ideals that---though Republicans like to pretend this is totally coincidental---tend to uphold persistent racial inequalities and hold significant numbers of black Americans in poverty. But Sen. Cochran successfully convinced many black voters to come out and vote against McDaniel in the primary. This has created a deeply fucked up situation where Tea Party supporters have started to gripe and moan about how black voters are illegitimate and their votes shouldn't count. Yes, you read the date right. This is 2014 and we are experiencing a "debate" on whether or not it's okay for a candidate to appeal to black voters and for those voters to vote how they choose.

While it seems straightforwardly awful to bitch about black people voting and suggest they don't have a right, there is, of course, an official excuse for why that's not racist. The official story is that it's illegitimate for Democrats to vote in a Republican primary. "There is something a bit strange, there is something a bit unusual, about a Republican primary that’s decided by liberal Democrats," McDaniel complained. The problem with that is that the are no "Democrats" in Mississippi. Or "Republicans", either. Like many states, voters don't have to register a party and can choose to vote in whichever primary they want. (It's like this in Texas, too, and I know Republican voters who vote in Democratic primaries sometimes for this reason.) The only reason that McDaniel assumes that this specific set of voters shouldn't count is because they are black, and black people usually lean Democratic in national elections. But that justification is paper-thin and overtly racist. Who says black people can't vote for Republicans if they want to? That's all that happened here. I guarantee that not a single motherfucker who is whining about this thinks that it's wrong for Republicans who live in heavily Democratic districts to vote in Democratic primaries, where it's legal to do so. In states like Mississippi where one party dominates, often the only power that minority voters have is to vote in the primary. The entire argument rests on the assumption that black voters somehow count for less or should be subject to more restrictions on their rights.

Simply put, the right to pick the lesser of two evils is one that is shared by all voters, and arguing that black voters shouldn't be able to do that is pure, unadulterated racism.

The unavoidable racism of McDaniel and his supporters in complaining about this is causing some interesting ugliness in Republican circles, as many prominent Republicans are speaking out against anyone complaining that black voters used their legal right to vote. Not that they're doing so as a noble stand against racism, so much as a combination of wanting to see the Tea Party put in its place and not wanting the overtly racist elements to make the whole party look bad.

That the struggle between mainstream Republicans and the Tea Party would get ugly over race, looking back, should have been entirely predictable. The two factions don't disagree one iota about policy, not really. The real struggle is over identity. The Tea Party is a faction that is primarily, solely really, motivated by the belief that they---they being white, Christian conservatives---are the "real" Americans and everyone else should sit down and know their place. That's why their knee-jerk response was to argue that it's illegitimate for black people to vote. And that's been the reason they are so pissed about Cochran's win, even though he does everything they want when it comes to policy and then some.

Take, for instance, Sarah Palin threatening to start a third party over this. "If Republicans are gonna act like Democrats, then what’s the use?" But what does this mean, "act like Democrats"? It doesn't mean act like Democrats when it comes to policy---again, there's no daylight between the Tea Party and Republicans like Cochran on this. The thing that Cochran did that is reminiscent of Democrats is that he appealed to black voters. That's it. The assumption is that they don't want to join the club if black voters are invited to join it, too. And it really is nothing more than that.