Jon Stewart: Turmoil-ridden Iraq is finally ready to greet us as liberators 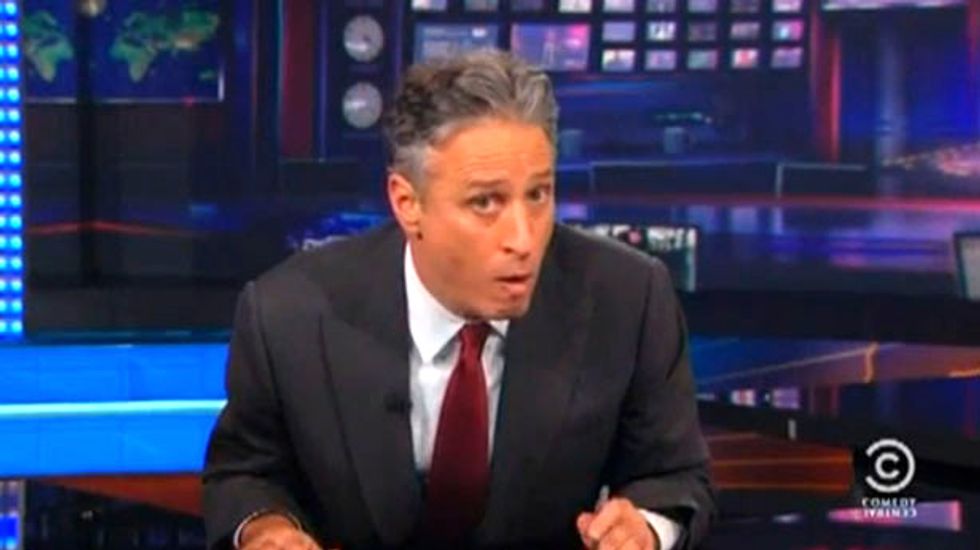 "We did it," Stewart whooped. "We finally got it so that Iraq will now greet us as liberators. Way to go, everybody."

Iraq has asked the U.S. to begin deploying unmanned drones and air support for its forces as it struggles to repel the group known as Islamic State of Iraq and Syria (ISIS), led by Abu Bakr al-Baghdadi, who is reportedly even more hardened against Western culture than former al Qaeda chief Osama bin Laden.

"So you're telling me if Baghdadi and bin Laden are having an argument about America, bin Laden is the one going, 'Look, I hate them too. I'm just saying, nobody does a theme park like the Americans,'" Stewart said.

Stewart was also upset to find out that ISIS forces had forced the U.S.-trained Iraqi security forces to not just retreat, but leave behind their uniforms and weapons in the process. Correspondent Jason Jones also said the situation in the country was deteriorating.

"There has been some talk -- some lower-level parliamentary talk -- of running faster," Jones explained. "With less clothes."

Things were getting so bad, Jones said, that people were considering applying the saying, "The only thing that stops a bad guy with a gun is a truly horrible guy with a gun." Shortly afterwards, he popped his Hawaiian shirt open to reveal a military-style top, adding a fake mustache and black beret to transform himself into a Saddam Hussein look-alike.

"You're talking about returning an oppressive, strong-armed dictator to power," Stewart said.

"Exactly," Jones confirmed. "Or as they call it here, Iraq Classic."

Watch Stewart and Jones analyze the situation in Iraq, as posted online on Thursday, below.