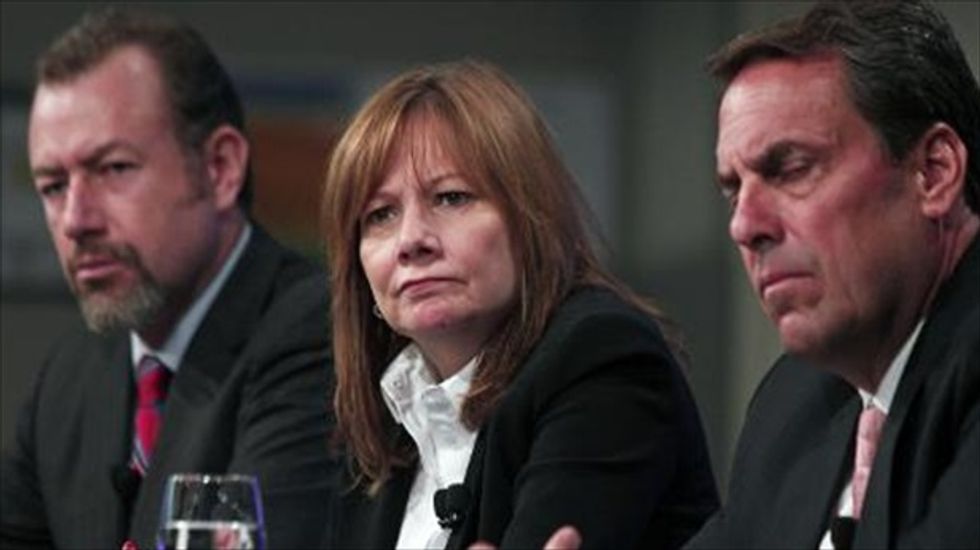 WASHINGTON (Reuters) - U.S. lawmakers on Wednesday slammed General Motors Co for a "culture of secrecy" and said a company investigation that found top executives did not know for years about a deadly ignition switch defect does not absolve them of responsibility.

GM Chief Executive Mary Barra returned before a House Energy and Commerce subcommittee to face harsh questions about why the No. 1 U.S. automaker waited more than a decade to recall millions of vehicles with the defect linked to at least 13 deaths.

Barra, who became CEO only in January but is a GM veteran of more than 30 years, has said she did not become aware of the problem until December 2013.

Democratic Representative Diana DeGette of Colorado said it is "frankly alarming" that a GM report released earlier this month found that top executives were not made aware of the deadly flaw for years, even though there was widespread evidence among lower-level engineers and lawyers.

"This is nothing to be proud of," she said. She also said GM's "culture of secrecy" must be changed through more than structural and management changes.

Lawmakers also said they are concerned that the number of recalls connected to ignition-switch issues continues to grow.

GM has issued 44 recalls this year totaling about 20 million vehicles worldwide, which is more than total annual U.S. vehicle sales. Of the recalls this year, nearly 6.5 million of the vehicles were recalled for ignition switch-related issues, including more than half a million Chevrolet Camaros on Friday.

The automaker has portrayed the additional recalls as the product of its thorough review of all safety issues since the ignition-switch recalls were first announced in February.

But lawmakers have pounced on the mounting recalls as potential evidence of bigger safety problems at GM.

Republican Representative Tim Murphy of Pennsylvania, chairman of the oversight subcommittee holding the hearing, said the latest recalls are "hauntingly similar" to the prior recalls connected to more than 13 deaths.

GM has not tied any fatalities to the more recent recalls.

The ignition-switch problems can cause the cars to stall during operation. Because of the engine stalls, air bags failed to deploy during crashes - some of them fatal - and drivers had difficulty operating their vehicles because power steering and brake systems also malfunctioned.

Barra, in her prepared testimony, said GM is addressing any and all safety concerns. She also said the company is committed to change.

"I want this terrible experience permanently etched in our collective memories. This is a tragic problem that never should have happened. And it must never happen again."

Barra appeared with Anton Valukas, the GM-hired investigator who delivered a report earlier this month that spared top executives and pinned blame on lower-level engineers and lawyers.

The report said those employees either did not appreciate the danger of the flaw or did not share the risk with their superiors.

GM and Barra have so far weathered the scandal with few signs of permanent damage. The automaker's May U.S. sales were up 12.6 percent from the prior year, well above analyst expectations, and its share price is slightly stronger than just before the announcement of the first ignition-related recall on Feb. 13.