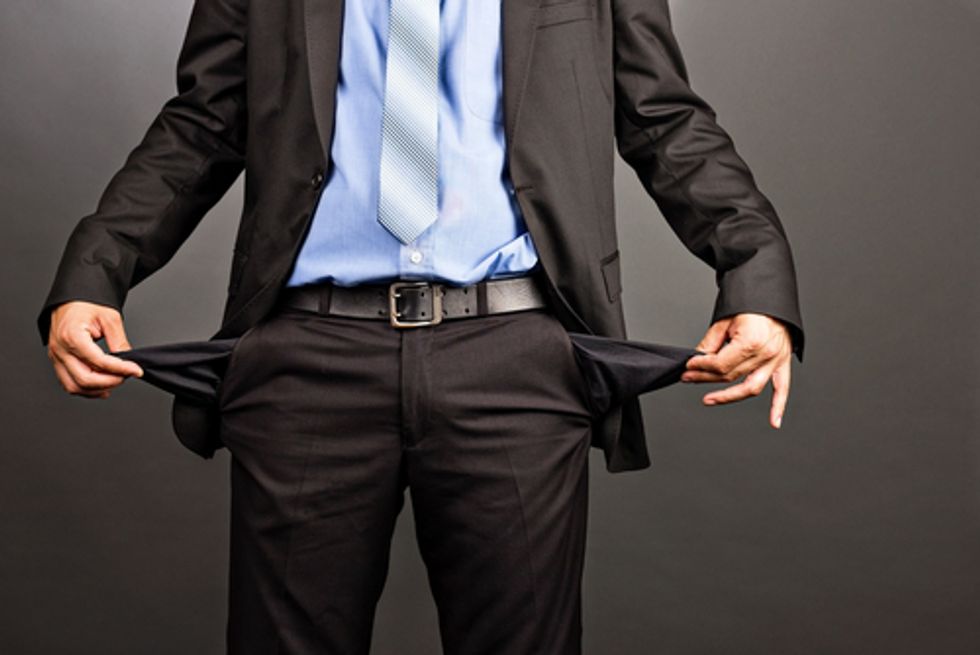 So I'm reading about another idiotic Republican candidate---John Johnston of Indiana---floating the widely discredited theory that social spending causes poverty by discouraging people from working. Johnston got in some hot water for writing a Facebook post where he said "no one has the guts to just let them wither and die," the "them" being low income people who need government assistance. While claiming to apologize later, he basically reasserted the argument by saying, "I think a lot of the poor have no way out, and there’s no motivation to improve your position. It’s like training a child, either you enable them or force them out at some point."

Okay, we all hear variations of this argument all the time, that if people have money, they will grow soft and lose all ambition and won't work ever again. There's no reason to believe it, especially since poor people on government assistance have such meager lifestyles there is no way they could ever be considered "soft". But you know, there is a way to test this theory that force privation encourages ambition: On rich people.

If having all your money stripped from you gets you up and out the door a-hustling, then why on earth do we have any rich people at all? Especially people who make money off investments or inheritance, which they do not work for? If the theory is that the best way to get people up and working is to strip them of all their creature comforts, let's start with the rich. Let's start with the richest people in society. Take all their money, put them out on the street and let's see what happens! If the conservative theory is right and privation is really what gets someone working, then those rich people will immediately turn from indolent slobs into incredibly productive citizens.

Yes, I realize that conservatives already believe the rich are the hardest working, most special people in our society, but that makes no kind of sense. If you really, truly believe that the specter of starvation is what gets people out of bed in the morning---and that even the knowledge that they will eat today is enough to make them indolent---then, by your own theory, rich people should be the laziest people on the planet. After all, even those who did make all their money through hard work could quit working today and know that they will have food on their plates tomorrow. If starvation is the sole and most important factor---as opposed to say, opportunity---in getting asses in gear, then no wealthy person should work, ever. They just aren't afraid of starving. No reason to be.

But hey, I'm all for testing this. Let's take everyone who is sitting on a million dollars or more in assets, take it all from them, and test this theory that privation is more motivating than opportunity. It'll be a better test than constantly stripping more benefits from poor people, because there's a control in there. They were rich before and now they're poor, so we can measure how successful and hard-working they are in both situations. If privation encourages success, then they'll be doing much better after being forcibly impoverished than they ever did while being wealthy.