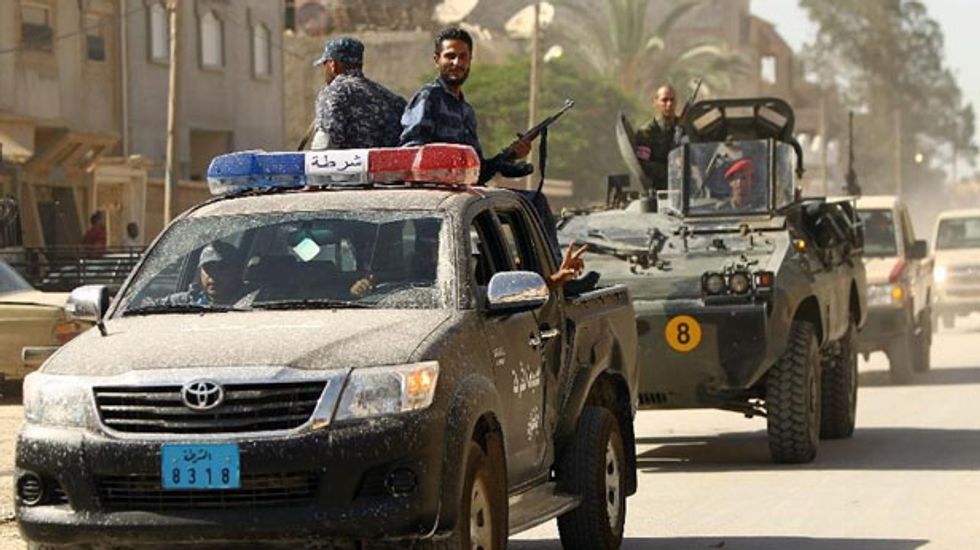 "Unknown hooded men wearing military uniforms attacked Mrs Bouguiguis in her home and opened fire on her," said a security official, who did not wish to be named.

The victim was taken to hospital in critical condition but died shortly afterwards, a spokesman for the Benghazi medical centre said.

Bouguiguis, a lawyer, played an active part in Libya's 2011 revolution which overthrew the regime of Moamer Kadhafi.

A former member of the National Transitional Council, the rebellion's political wing, she was vice president of a preparatory committee for national dialogue in Libya.

Earlier on Wednesday Bouguiguis participated in Libya's general election and published photos of herself at a polling station on her Facebook page.

Since the 2011 revolution the east of Libya, and in particular the major city of Benghazi, has been a stronghold for jihadists and the scene of attacks and assassinations targeting notably the military, police and judges.

At least three soldiers deployed to provide polling day security in Libya's second city Benghazi were killed in what security officials said was an attack on their convoy by Islamist militia.

Benghazi, which was the scene of a deadly attack on the US consulate in 2012, has been tense since a rogue former rebel commander launched an offensive against powerful Islamist groups late last month, drawing many regular army units to his side.