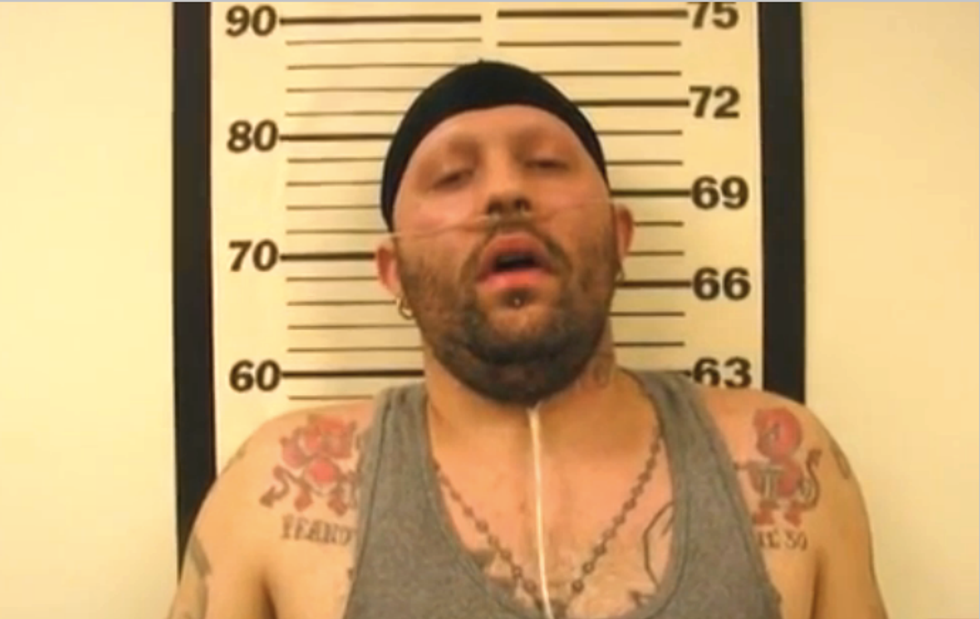 A woman in North Andover, Massachusetts was arrested and charged with allowing her white supremacist husband to sexually abuse, torture and humiliate her two daughters because their father was Hispanic.

Justin Ladd -- who was arraigned in Lawrence District Court -- was indicted on 41 criminal counts associated with violence against his two step-daughters, now ages 14 and 16.

Over a five-year period, from 2008 to 2013, Justin Ladd reportedly hit the two girls with a hammer, belts and lengths of lumber. He touched them inappropriately, yanked their tongues with pliers and threatened to have them raped by a motorcycle gang.

Assistant District Attorney Kate MacDougall said in court that Justin Ladd made the two girls "dance around like monkeys," exposed his genitals to them, called them vicious racial slurs and told them that he was going to "beat the black out of them."

Justin Ladd is a white supremacist, said prosecutors, who scrawled the words "White Power" across multiple walls in the family home. The Ladds pulled the girls out of public school in order to put them to work cleaning the house and doing other domestic chores.

The family briefly lived with Justin Ladd's father until the older man kicked them out, horrified by the way the couple treated the two girls. They lodged briefly with another family in New Hampshire. That family went to the police.

Justin Ladd was arrested in April. Anne Ladd stood by him in court, saying that her daughters were making it all up, that their horrific stories of violence were fabricated. The girls were taken from her custody by the Massachusetts Department of Children and Families. She is currently under orders not to attempt to contact the girls, who are in foster care.

Investigators told the court that Ladd pretended to be confined to a wheelchair and dependent upon a breathing mask whenever authorities questioned him about the abuse. However, at the end of one home visit, when Ladd thought he was unobserved, investigators saw him remove the oxygen mask and light a cigarette as he got up from his wheelchair to fold it up and put it away.

Watch video about Justin Ladd's arrest from May, embedded below: