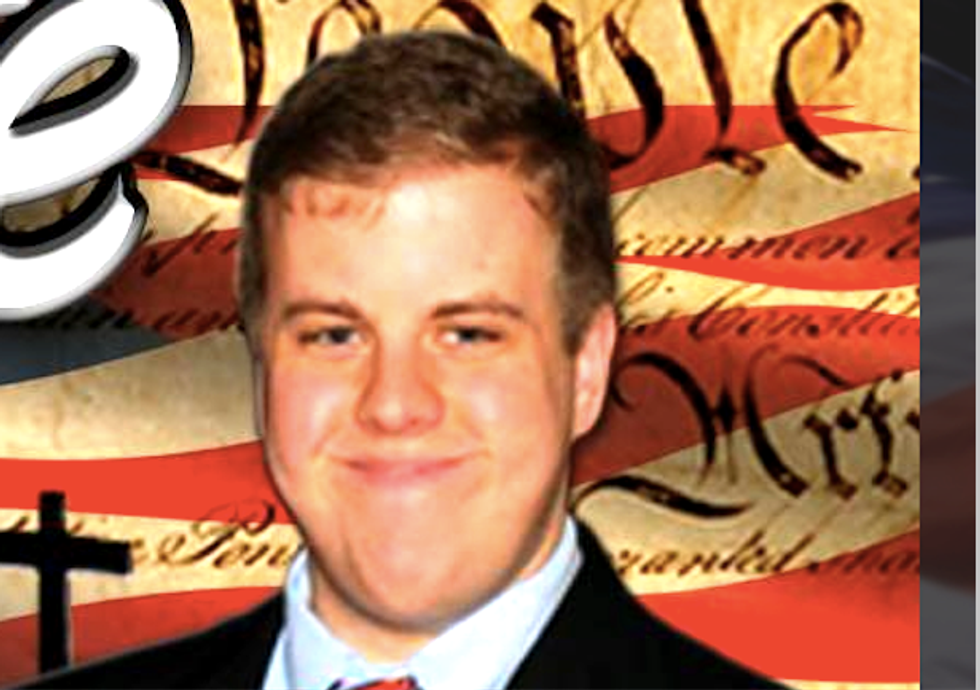 A candidate running to represent Michigan's 95th House district in the state legislature wants you to know that once you look past his bizarre sexual fetish and multiple felony convictions, he is a rock-ribbed conservative Republican, whose "stool of conservatism" is held up by "faith, family and freedom."

Michigan Live reported Friday that Saginaw's Jordan D. Haskins dismisses the arrests and prison time as the results of youthful indiscretion and said that he is ready to "move on from that and do what I can" to serve his state as a Republican state Representative.

"I have dreams," Haskins said to Michigan Live, "and I want to make a difference."

Haskins, 24, has served prison time in two states and is currently on parole, but there are no rules preventing him from running for the state House.

Haskins has lived in Michigan and North Carolina and has lengthy criminal records in both states, dating back to the age of 15. Early offenses had mostly to do with breaking into cars and going on joyrides.

"I was just a lonely, angry kid at the time," he said. "If anything, I could be put on 'World's Dumbest Criminals.'"

Michigan Live said, "North Carolina's Department of Public Safety reports a lengthy list of sentences to prison, county jail and probation for offenses Haskins committed in 2006, 2007, 2008 and 2009. The offenses include breaking and entering, larceny and trespassing."

It was once he returned to Michigan, however, that Haskins started seeking sexual gratification from breaking into vehicles. He repeatedly broke into the lot where Saginaw Mosquito Control stored its sprayer trucks and other equipment.

Jalopnik reported that U.K. newspaper the Independent carried an article about the fetish, describing it as a growing trend.

Haskins said to the Saginaw News, "I was in a messed-up state of mind mentally and emotionally when I did what I did. That's the only way I can even explain it."

He hopes now that voters will see him as the man he is, rather than the troubled teen he was. Haskins said that he has found "my niche, my passion" in conservative politics.

"That isn't even me anymore. I'm not sure what really changed or what happened. I don't know what it is about when you get into your 20s. Your chemistry changes. You get wiser and smarter a little bit. That's what happened to me," he said.

Haskins is running in a heavily Democratic district, but he believes that his values will help him connect to voters.

"The three values that make up my stool of conservatism are faith, family and freedom," Haskins said. "And I believe that many of the citizens of Saginaw share those same values."

The primary to choose his Democratic challenger will take place in August.