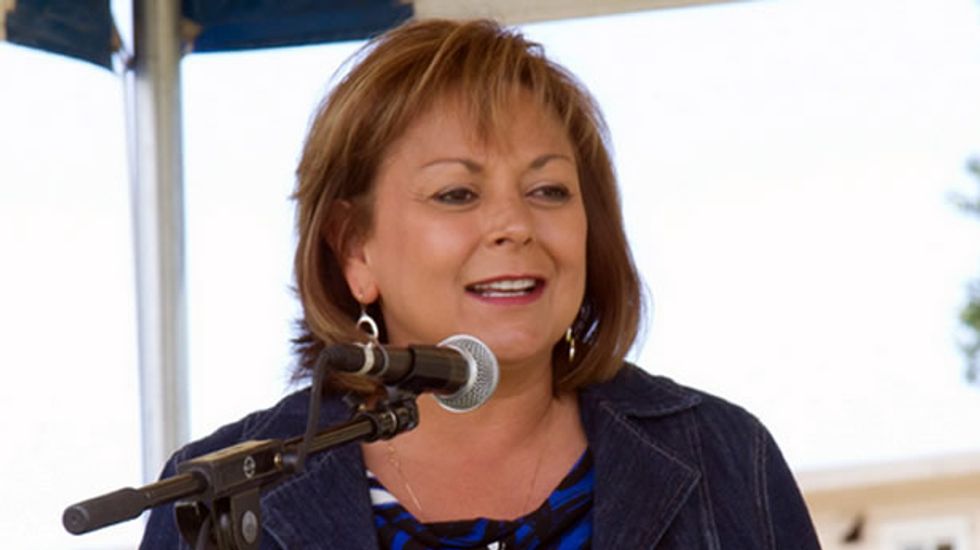 ALBUQUERQUE N.M. (Reuters) - A former campaign manager for New Mexico Governor Susana Martinez faces a year in prison for sending private emails to her political rivals, a spokeswoman for the U.S. Attorney's Office said on Tuesday.

She said Estrada, 41, used a username and password to divert illegally hundreds of email messages sent to a campaign website for about 12 months beginning in June 2011. Some of the messages were meant for Martinez herself.

"I gave the emails to Governor Martinez's political opponents knowing that certain emails would be disseminated to others," Estrada said in his plea, according to court documents.

He said he had diverted personal emails, internal political communications and messages from private citizens to the governor and her staff. One was a confidential fundraising email from the Republican Governors Association, he said in his plea.

After information that appeared in the local press raised suspicions that the email accounts were compromised, the governor called for a federal investigation that led to the arrest of Estrada by FBI agents at his home in September 2012.

At that point, Estrada said in his plea, he "knowingly and willingly made false, fraudulent and material statements to the FBI" upon being questioned about the campaign website.

Martinez, the spokeswoman, said Estrada, who is at liberty, faced up to a year and a day in federal prison. She said his sentencing date had yet to be fixed.