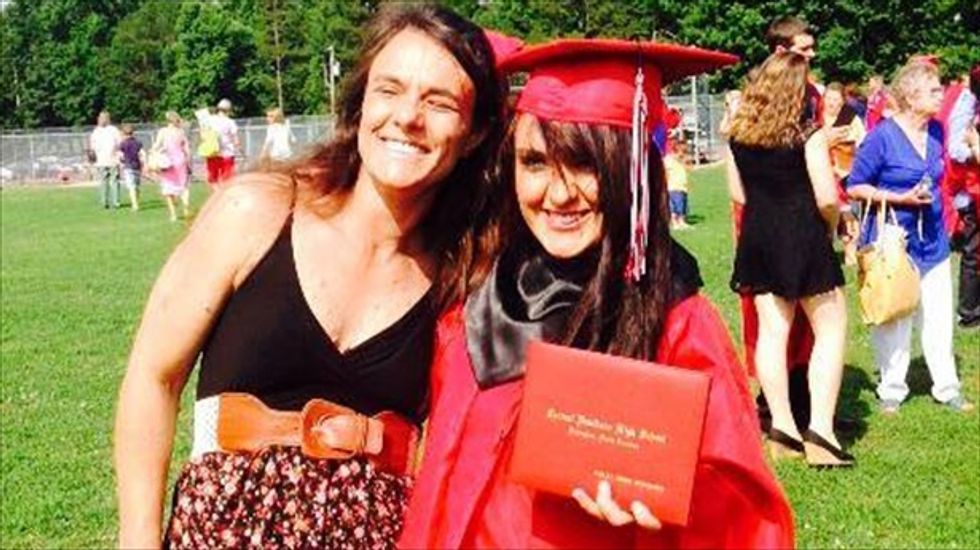 A North Carolina woman responded to her daughter being disciplined on her last day of high school by wearing the dress at the center of the dispute to her graduation, WGHP-TV reported.

"I literally looked back at the clock and I'm thinking, it's 1:00 in the afternoon on her last day of her senior year," Amy Redwine was quoted as saying last Thursday. "It's supposed to be one of her best days and she's there crying."

Redwine told WGHP that officials at Central Davidson High School in Lexington called her at work to tell her that they were sending her daughter Violet Burkhart home because her sundress was half an inch too short under the school dress code. Burkhart said she was pulled aside by teachers with two hours left in the school day, two days away from graduation.

"I thought my last day was going to be great and exciting, but they pretty much ruined it for me," Burkhart said, adding that she had worn the dress on several other occasions during the school year without incident.

It was at that point, Redwine said, that she decided to respond to the school by wearing the sundress to Burkhart's graduation ceremony.

Policy Mic reported that Redwine followed through on her promise, and posted photos online of herself celebrating the milestone with her daughter, as seen below: 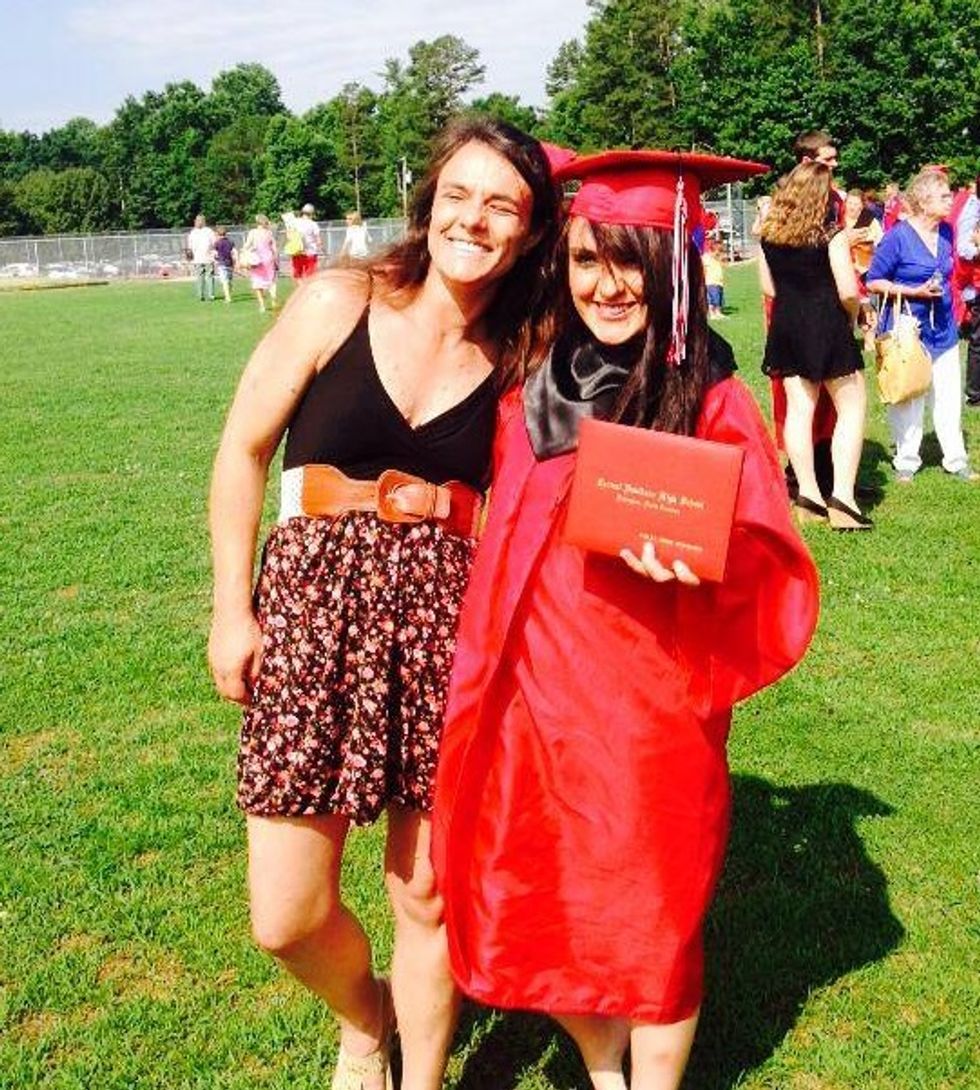 Watch WGHP's report on Burkhart and Redwine's run-in with school officials, as aired last week, below.