Out of touch? Hillary Clinton hits back after wealth gaffe 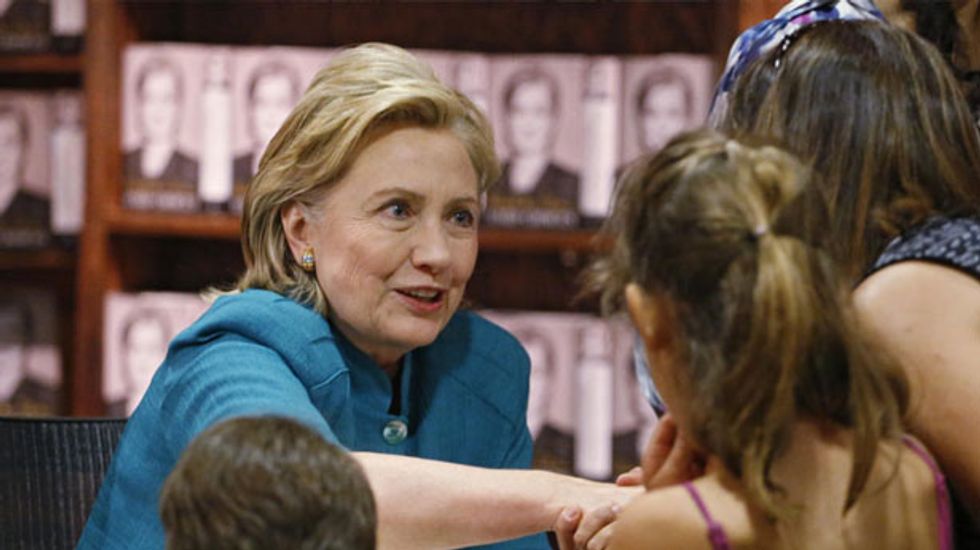 Hillary Clinton sought to nuance her remark that she and ex-president husband Bill were "dead broke" when they left the White House, insisting she was not out of touch.

The widely-anticipated 2016 Democratic presidential candidate earlier this month kicked off her book tour telling ABC television the Clintons left the White House "not only dead broke, but in debt."

"We had no money when we got there, and we struggled to, you know, piece together the resources for mortgages, for houses, for (daughter) Chelsea's education. You know, it was not easy," said Clinton, a Yale-educated lawyer herself before entering public service.

Republicans jumped on her comments. Even some supporters cringed at what sounded like elitism and insensitivity to the plight of ordinary Americans, at a time when the US economy is still suffering.

"Well, I shouldn't have said the five or so words that I said, but my inartful use of those few words doesn't change who I am, what I've stood for my entire life, what I stand for today," the former top US diplomat and former first lady told "PBS NewsHour."

Acknowledging the "terrific" opportunities she has had in her life, a "grateful" Clinton pointed to the hardships of many Americans in the economic downturn.

"So many Americans are feeling, you know, shut out, shut down, the great recession hasn't ended for too many Americans: wages are flat, families are struggling, not enough new jobs, or new businesses are being created, and it's important that we all try to figure out what we're going to do," Clinton said.

"That's what I've done my entire life, fighting for a higher minimum wage, or family leave, now paid family leave, which I believe in, equal pay for equal work, I have a very long record."

Asked about Bill Clinton's public defense of her record, the former New York senator insisted: "I don't need anybody to defend my record; I think my record speaks for itself."