Pentagon: US could discuss Iraq with Iran, but won't coordinate military action 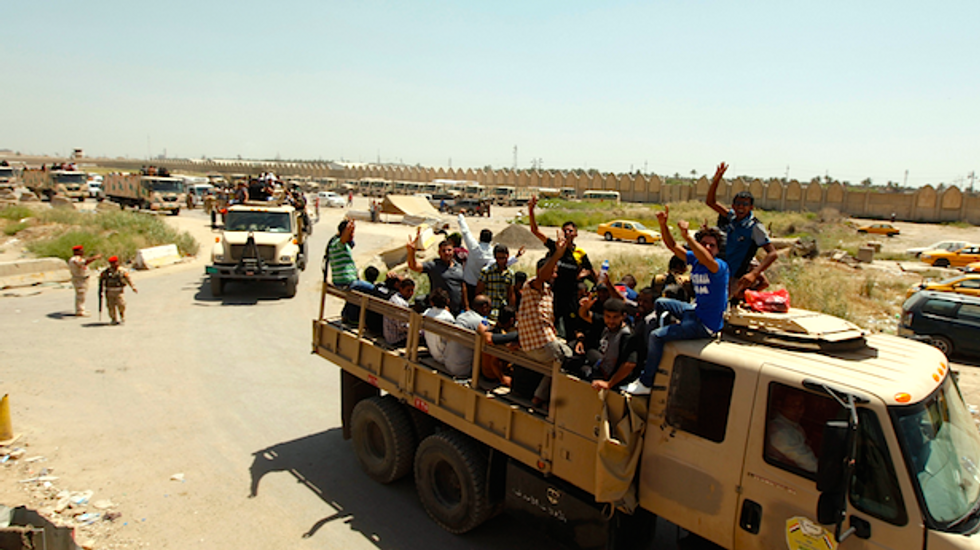 U.S. officials may hold discussions with Iran about Iraq's security crisis on the sidelines of nuclear talks this week, but Washington will not coordinate potential military action in Iraq with its longtime adversary Tehran, the Pentagon said on Monday.

"It’s possible that on the sidelines of those discussions there could be discussions surrounding the situation in Iraq," Pentagon spokesman Rear Admiral John Kirby said, referring to talks in Vienna this week between world powers and Iran over Tehran's nuclear program.

"But there is absolutely no intention and no plan to coordinate military activity between the United States and Iran ... there are no plans to have consultations with Iran about military activities in Iraq," he told reporters.