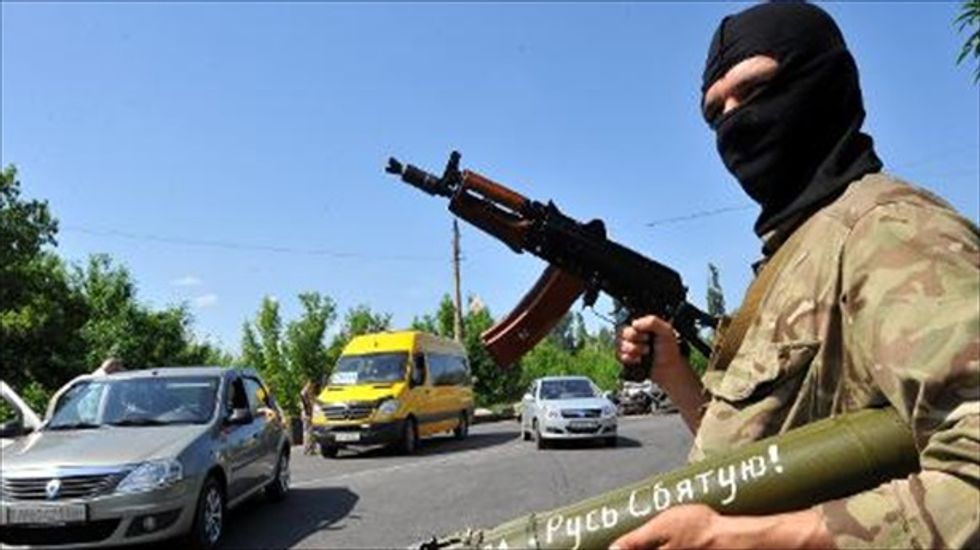 An armed pro-Russian militant checks passing cars near the eastern Ukrainian city of Kramatorsk on May 20, 2014 [AFP]

Pro-Russian rebels shot down a Ukranian military transport plane Saturday in the separatist east, killing all 49 troops on board in the biggest single loss of life in the two-month insurgency. The attack came hours before top Moscow and Kiev officials…