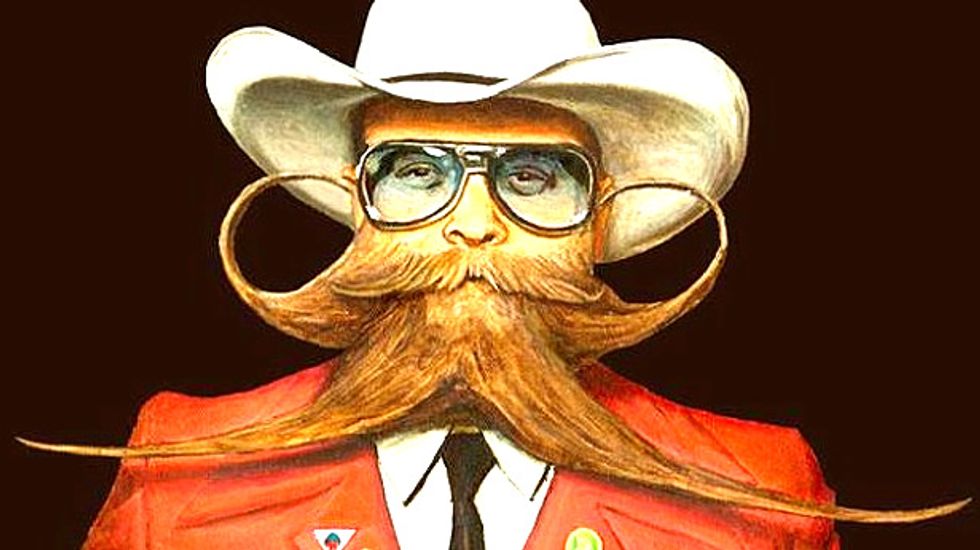 A professor of sociology at a small Christian university in South Carolina was fired last week after his likeness appeared on a beer can.

Dr. Paul Roof, who had spent the past six academic years teaching at Charleston Southern University, told WCSC that university officials "specifically cited in my meeting the Total Wine ad, and that it was on my Facebook page, and students liked that."

The photograph in question was taken last fall at a beard competition in New Orleans, Louisiana. In 2007, Roof founded the Holy City Beard and Moustache Society, and every year since the society has hosted a regional beard and mustache championship.

Roof told WCBD that he's been on "an emotional roller coaster" since his firing.

He said that "I was given an email message early this week. I met with my dean Wednesday, and my answers were sufficient for him." However, "on Friday, I was called into the VP's office, and that's where I was terminated."

The termination was unfair, Roof argued, because he didn't even discover that his likeness would be used on the beer can until after it was in production. It was merely his "image and likeness," he said, "which I do not own, that I've never received compensation for."

"It was," he continued, "a surprise for me that it was put on a beer can by Holy City Brewing."

Roof said that the response from former colleagues and students on social media was "overwhelming," and that he wished he could receive similar support from the university. "I was told that it was not representative of a Christian environment," he said. "And for me a Christian environment entails two things: looking out for other people and forgiveness of others who've transgressed you."

He declined to say which specific clause in his contract the university used to fire him until he spoke to an attorney.

Watch a report on Dr. Paul Roof's firing from WCSC below.