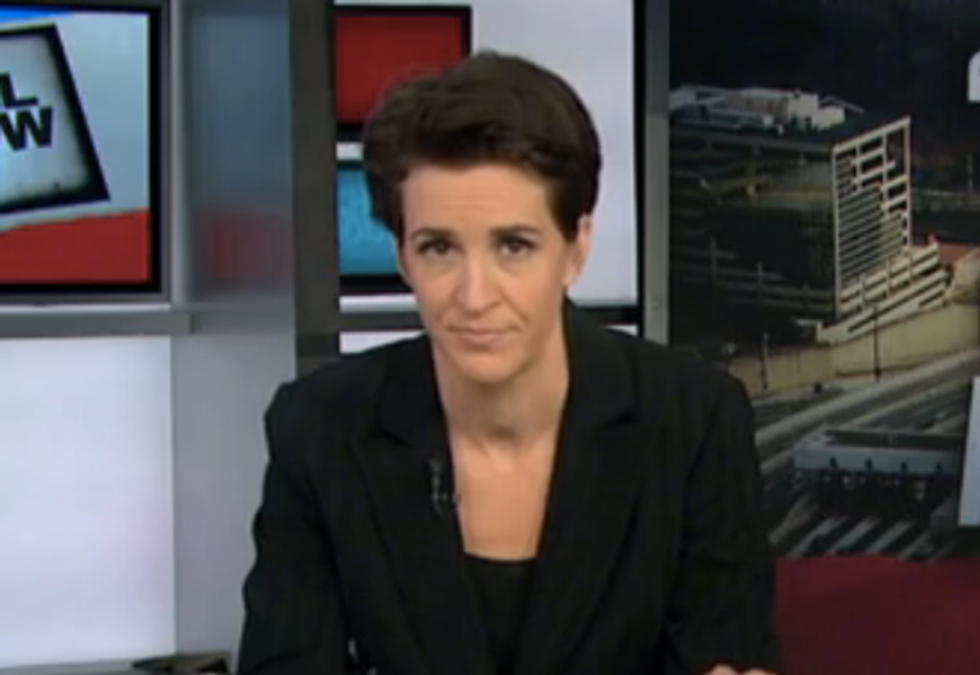 MSNBC host Rachel Maddow looked back on Monday at the private sector's long history of complaining whenever the U.S. took steps to address air pollution -- a tradition that was reignited by the Environmental Protection Agency's (EPA) latest plan to cut carbon dioxide emissions.

She then sarcastically quoted a statement from Senate Minority Leader Mitch McConnell (R-KY) saying the new legislation represented a "dagger to the middle class."

"Critics have always made arguments like this about trying to control pollution," Maddow said of McConnell's sentiment. "It's an odd form of hysteria. You can set your watch to it."

The latest round of economic fretting, she said, was caused by the EPA's ruling on Monday that the country's power sector must cut CO2 emissions by 30 percent by the year 2030.

The agency has such jurisdiction following a 2007 Supreme Court verdict that said the EPA could enact regulations regarding greenhouse gas emissions under the auspices of the Clean Air Act of 1980.

But auto industry leaders, Maddow explained, have long strained when told to adapt to new regulations. Then-Ford Motors president Lee Iacocca complained in 1970, for example, that that year's version of the Clean Air Act could imperil the company's production efforts in the U.S. Four years earlier, chief executive officer Henry Ford II told lawmakers that the company would "have to close down" if the U.S. passed a law mandating seatbelts be installed in every new vehicle.

Watch Maddow's commentary, as aired Monday on MSNBC, below.